Hugo Armando Carvajal Barrios, a former Venezualan assembly member, general and head of military intelligence for the late president Hugo Chavez, was arrested in Spain last week, according to the U.S. Department of Justice (DOJ). His extradition to the U.S. on charges of narco-terrorism conspiracy has been approved by Spanish authorities  since 2019. 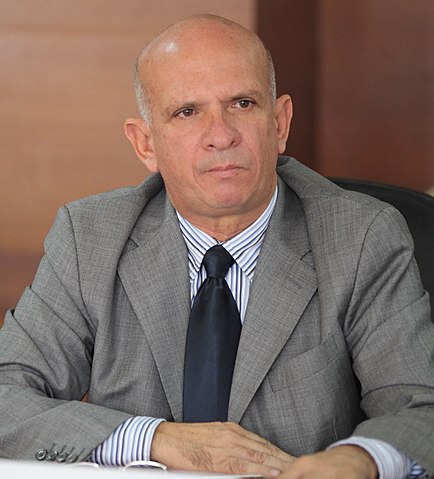 Carvajal Barrios employed the use of cosmetic surgery, as well as a variety of mustaches, beards and false wigs, to alter his appearance. (Photo: Hugo Carvajal, Wikipedia, CC BY-SA 4.0)Justice officials say Carvajal Barrios, known by his associates as “El Pollo” or “The Chicken,” conspired to transport significant amounts of cocaine into the U.S., using machine guns and other weapons in that mission.

“The Indictment charges Carvajal Barrios with participating in a narco-terrorism conspiracy and a conspiracy to import cocaine into the United States, including a 5.6-ton shipment of cocaine transported from Venezuela to Mexico in April 2006, along with related firearms offenses,” the DOJ said.

The former intelligence chief has also been accused of aiding the narcotics trafficking activities of the Revolutionary Armed Forces of Colombia (FARC), a rebel group that tried to overthrow the Colombian government from 1964 until a peace agreement was reached in 2016.

Carvajal Barrios was among those who were charged with narco-terrorism alongside Venezuelan President Nicolas Maduro in March of 2020, as part of the Trump administration’s efforts to put pressure on the South American nation. By that time Carvajal Barrios had fallen out with Maduro, after voicing his support for Maduro’s opponent Juan Guido in early 2019. Carvajal Barrios was subsequently accused of treason and expelled from the army.

Catching El Pollo was no easy feat. Carvajal Barrios employed the use of cosmetic surgery, as well as a variety of mustaches, beards and false wigs, to alter his appearance, CNN reported.

Carvajal Barrios’s lawyer, María Dolores Argüelles, said that her client will plead not guilty to the U.S. charges and she is working to halt his extradition.