Authorities in the U.K. seized more than two tons of cocaine and arrested six men — one Briton and five Nicaraguans — on drug trafficking charges, the National Crime Agency (NCA) said in a statement released Saturday. 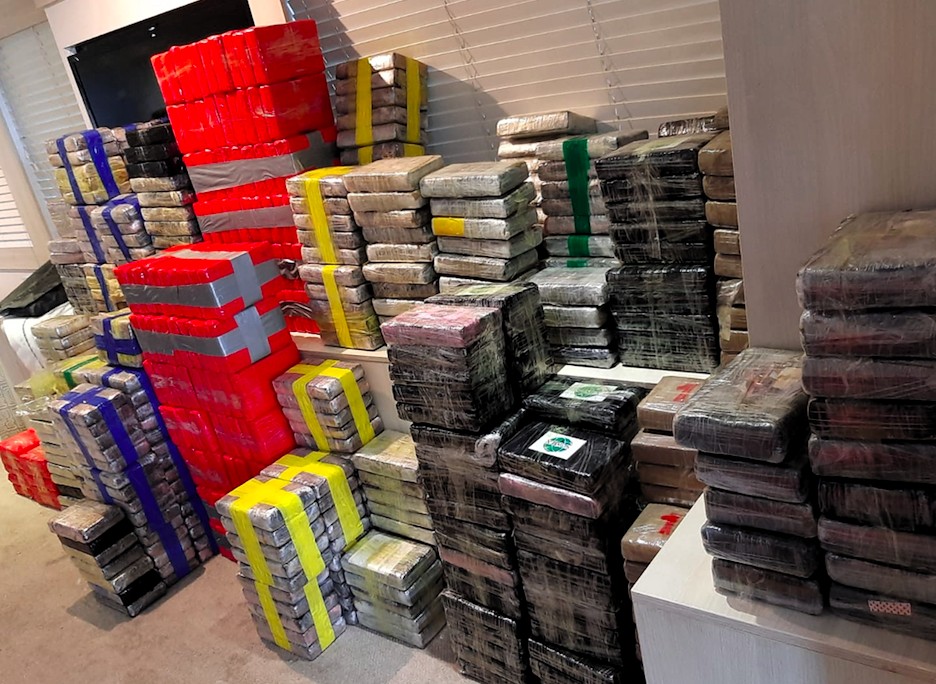 More than two tons of cocaine worth around £160m has been seized and six men arrested in a dramatic operation at sea. (Photo: NCA)The police discovered the drug, with an estimated street value of 160 million British pounds (US$221.65 million), aboard the Kahu — a luxury Jamaican-flagged yacht sailing from the Caribbean.

The yacht was intercepted some 80 miles off the coast of Plymouth and was escorted to the U.K. mainland, according to the statement.

Matt Horne, the NCA’s deputy director, said that the massive haul of cocaine “will smash a hole in the organized crimes groups’ plans and ability to operate. The arrests of the men transporting the drugs means the crime group has lost trusted offenders who would have been key to their operation.”

She described the action as an unprecedented collaboration across law enforcement agencies around the globe.