Wildlife crime, from poaching to trafficking, remains a booming industry in East Africa. According to a recent report, it is a far more organized crime than previously imagined, and arrests need to be accompanied by financial investigations to truly dismantle the trade. 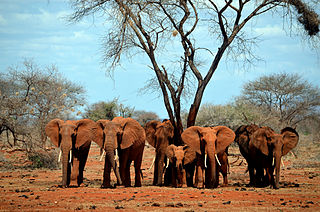 Overall, GI-TOC believes that financial investigations are an essential tool to combat wildlife traffickers and need to accompany many arrests. (Photo: Maryam Laura Moazedi, Wikimedia Commons, CC BY-SA 3.0)The report, by the Global Initiative Against Transnational Organized Crime (G-TOC), describes the shocking case of Boniface Mathew Malyongo, known to friends and foes as “Shetani,” Kiswahilli for “the devil.”

“He was allegedly one of the most prolific elephant poachers and ivory traffickers in the world, accused by some of controlling as many as 15 poaching gangs responsible for killing up to 10,000 elephants in five countries,” the GI-TOC report said.

When he was arrested in 2018 on charges of leading an organized criminal group and sentenced to 12 years in prison, it seemed like a massive win against wildlife traffickers in the region. But less than two years later, Malyango was back on the streets, after a higher court quashed his conviction.

According to GI-TOC, he was released because no one  conducted a financial investigation into the trade, something which would have likely helped uphold Malyango’s conviction while revealing other major members of the illegal wildlife trade in the region.

“The case and the vast sums involved could have been a chance to unravel the financial threads underpinning an alleged transnational syndicate, yet no financial investigation was ever done,” GI-TOC said.

“No attempt was made to produce evidence showing how the syndicate financed its operations, where the money originated, how it flowed or how it was laundered. While the effect of the judgment is that Malyongo has been found innocent, the conduct of the public officials in this case, the police and prosecutors, is a matter that deserves scrutiny.”

Malyango’s case was far from unique. In 2017, Nguyen Mau Chien was arrested in Hanoi.

Chen was a Vietnamese national who ran tiger farms and trafficked everything from big cats to ivory, rhino horn, pangolin scales and other valuable endangered species parts out of several  countries in Africa.

While he is now behind bars, little effort was made to conduct financial investigations, despite evidence that Chien was part of a larger and still operating network.

Overall, GI-TOC believes that financial investigations are an essential tool to combat wildlife traffickers and need to accompany many arrests.

“Wildlife is a key source of income for a number of East African countries, with regard to both foreign currency earnings through tourism and local job creation. Protecting these natural resources is essential to the well-being of the local economies,” GI-TOC said. “Financial investigations offer new avenues to map out the wider networks involved in wildlife crime and offer alternative legal avenues to pursue convictions.”