South African police arrested seven suspects in connection with the murder of a woman who blew the whistle on fraudulent contracts made during the pandemic, the provincincial government of Gauteng announced. 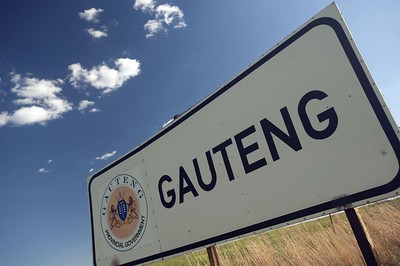 The Kathrada foundation, a South African civil rights group, praised the speedy arrests, but also called for equally strong measures to be taken in other cases. (Photo: South African Tourism, Flickr, CC BY 2.0)Babita Deokoran, the former Chief financial officer of the Gauteng Health department was gunned down early last week in front of her home after dropping her daughter off at school.

Deokoran was reportedly a key witness in an investigation into fraudulent contracts related to COVID-19 made by the Gauteng Department of Health.

According to the Daily Maverick, Deokaran’s killers shot at her from a white SUV which neighbors had seen driving around and photographing Deokoran’s house earlier in the week.

That info was enough for South African authorities to track down her suspected killers and bring them into custody in only four days.

”I believe that police will uncover the masterminds behind this horrific crime,” said Gauteng Premier David Makhura, calling Deokoran “an upright public servant.”

"The corrupt elements in government who collude with rogue business to rig tenders have nowhere to hide. Looters shall not win. We will not retreat," he said.

The Kathrada foundation, a South African civil rights group, praised the speedy arrests, but also called for equally strong measures to be taken in other cases.

“We must however ask, about all the other cases of slain whistleblowers. Many of these have not received sufficient public attention. How many cases have simply ‘faded away’ with families left without any justice?” Neeshan Balton, the Foundation’s executive director said in a statement.

“We need to immediately secure support and protection for corruption fighters,” Balton added.

“The arrests in the Deokaran case, as important as it may be, will not bring back the mother, daughter, colleague and honest public servant that she was.”