A French court on Wednesday upheld the decision to charge Equatorial Guinea’s Vice-President, Teodorin Nguema Obiang Mangue, for embezzlement and money laundering, paving the way for an estimated US$177 million in stolen assets to be returned to the poverty-stricken West African country. 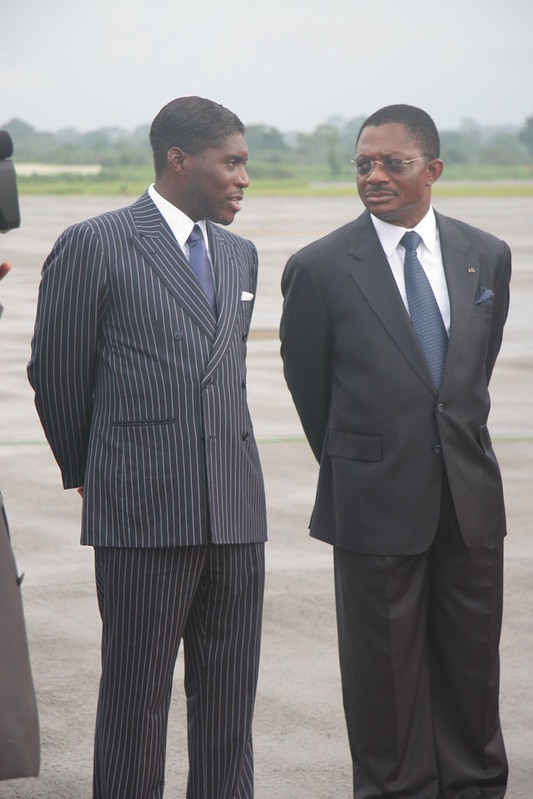 Teodorin Obiang (L). (Photo: Embassy of Equatorial Guinea, Flickr, License)Mangue, also son of the current president, was convicted in 2017 of using ill-gotten gains to purchase assets in France. He was fined $34 million and handed a three-year suspended sentence. In 2020, he unsuccessfully appealed the case.

Wednesday’s verdict means no more appeals can be made, and under a new law passed earlier this month, also means that once the assets, including a luxury multi million-euro mansion in the heart of the capital, are sold, the money will be returned to the Equatoguinean people.

Patrick Lefas, Chairman of Transparency International France, an anti-corruption watchdog that with French NGO Sherpa brought the case to French courts over a decade ago, said in a statement that “by confiscating ill-gotten assets and convicting their owners, French justice sends the clear message that France is no longer a haven for money embezzled by foreign leaders and their entourage.”

Sherpa’s Chairwoman, Franceline Lepany, in a separate statement, highlighted the role NGOs have played in achieving a legal outcome in a corruption case.

“For the first time in France, and probably in the world in cases of ill-gotten gains, we obtained a foreign ruling high-level official’s final conviction and the confiscation of all his assets,” she said.

Following the announcement, Human Rights Watch called on the French, Swiss and U.S. governments, all of whom have frozen Mangue’s assets, to ensure “credibility and integrity” in the repatriation process by “carefully select[ing] projects for funding and disburse funds through a fully transparent, accountable, and independent mechanism.”

They added that it is “critically important to keep recovered assets independent from the government that seized them.”

The French verdict comes two days after the U.K. government announced sanctions against Mangue under the Global Anti-Corruption sanctions regime, citing the Paris mansion, dozens of luxury vehicles, and a collection of Michael Jackson memorabilia.