Portuguese authorities extradited two men suspected of being high-ranking members of one of the two Montenegrin criminal gangs, Montenegro’s Interior Ministry said in a statement on Monday. 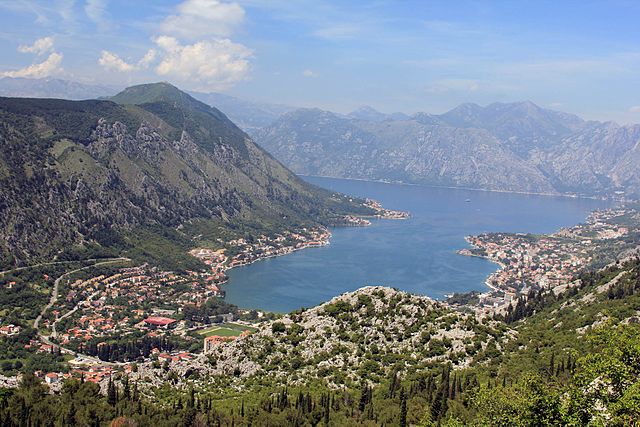 The pituresque Kotor Bay, at the Montenegrin Adriatic coast, is a cradle of the country's two criminal gangs. (Photo: Trolvag, Wikimedia, License) One of the alleged founders of the Kavač criminal clan, Igor Božović, and his son Vladimir were handed over to authorities in Podgorica based on a 2017 international warrant.

Authorities in Portugal arrested the two in April. Igor Božović is wanted in Montenegro for several crimes, including the “formation of a criminal organization,” according to Montenegrin police.

“It is believed that, as of November 2011, he established a criminal organization in the area of ​​Kotor, Tivat and Budva [at the Montenegro’s Adriatic coast], aimed at committing criminal offenses…,” according to the statement.

Božović and other high-ranking members of the gang were recruiting new members who joined the gang in order to gain illegal profits and power. The group’s activities were planned and had  well-defined rules and internal control.

Igor’s son Vladimir is wanted also for extortion and procurement and storage of weapons and explosive devices, according to the police statement.

Only one day before the extradition of these two, police in Bosnia and Herzegovina arrested another Božović — Miloš Božović — linked to the rival clan, the Škaljari.

Montenegro is expected to request his extradition soon.

Both the Kavač clan and the Škaljari clan originate from Kotor, on Montenegro’s picturesque Adriatic coast. They were formerly members of the same gang, smuggling drugs from South America into Europe. They separated in 2014 following a failed cocaine transaction in Spain, causing a violent schism that has subsequently drawn in other Serbian and Montenegrin criminal organizations.

The blood trail of the conflict runs throughout the Balkans and beyond, with killings in Spain, Germany, Austria, the Netherlands, and Greece, according to an OCCRP investigation published last year.