Italian police detained 11 suspected members of a Sicilian mafia clan from the village of Torretta, near Palermo. The clan is historically tied to the Cosa Nostra and the New York mafia and the suspects are accused of infiltrating the Sicilian political and economic institutions, as well as being affiliated with organized crime in New York, according to Italian Carabinieri. 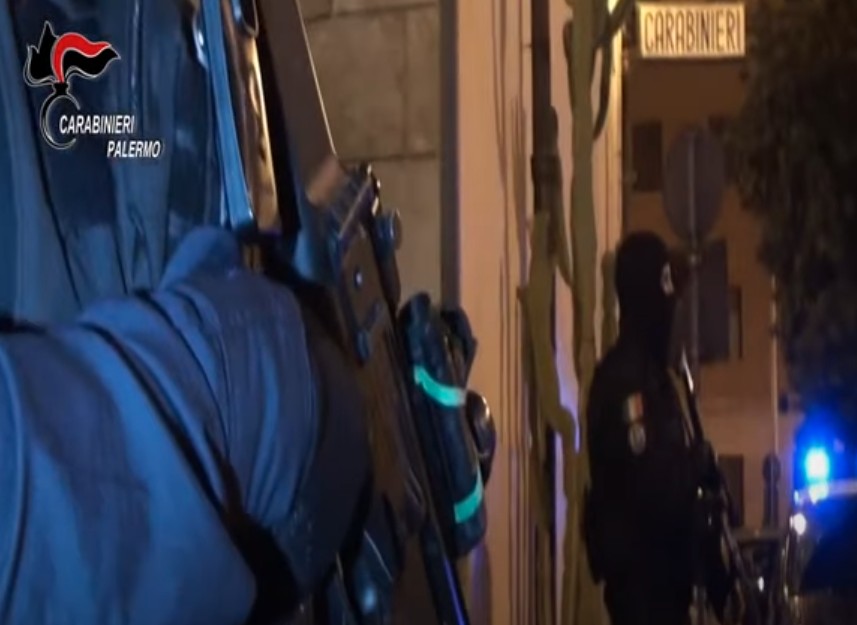 Italian police detained 11 suspected members of a Sicilian mafia clan from the village of Torretta, near Palermo. (Photo: Carabinieri Palermo, Youtube, screenshot)Police also said that the men detained in operation “Crystal Tower” have also been accused of “belonging to a gangster association, drug trafficking and extortion.”

Torretta, a village of 4,000 people, has been known as a mafia stronghold allied with the so-called 'escaped' bosses of the faction defeated by the Corleone clan of Totò Riina at the end of the second mafia war (1981-1984) and forced into exile in the United States.

“The investigation demonstrated the relationship between the gangsters of Italy and the United States, the oppressive penetration into the economic fabric of the community and the contamination of local institutions,” Carabinieri’s General, Arturo Guarino, said.

The Torretta family controls public works, construction, agriculture and cattle breeding in the Palermo region, according to Italian news agency ANSA. Nearly three years ago they reportedly welcomed an emissary of one of the New York mafia families.

Police also said that they intercepted the so-called ‘pizzini’ — confidential mafia correspondence — sent via the Torrettas to one of the most wanted fugitives in Europe, Sicilian mafia boss Matteo Messina Denaro, also known as Diabolik.

Thanks to its ties with the New York mafia, the Torretta clan began to regain strength again, aimed at returning the glory of the past and becoming the bridge between clans on two continents — “the souls of Cosa Nostra, the Sicilian and the overseas one, which have always been two sides of the same coin,” police concluded.