An Israeli court sentenced on Wednesday the country’s former deputy minister and senior member of a major right-wing party to 10 yearsin prison for bribery, fraud, money laundering, breach of trust, and tax evasion. She will also have to fork over a fine equivalent to US$274,000. 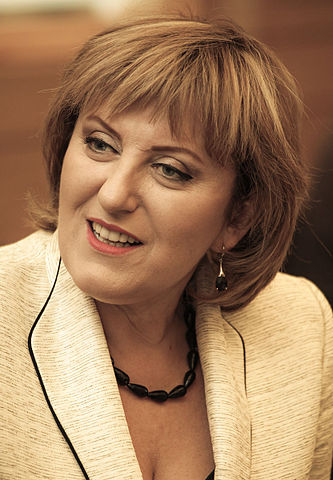 Yisrael Beiteinu (Heb: “Israel is Our Home”) is a secular nationalist right wing party, popular among Israel’s Russian immigrant community. The 2018 resignation of its leader Avigdor Lieberman from the post of defense minister and thus the party’s defection from Likud’s coalition, kicked off the record slew of snap elections that left Israel without a government for more than two years, and ultimately led to the ousting of Prime Minister Benjamin Netanyahu in June.

Kirschenbaum has been found guilty of orchestrating a massive kickback scheme, where she funneled government money to organizations in exchange for favors and money. She took NIS 2 million ($604,415) worth of bribes and used public funds for her own political gain and for her family’s own personal benefits.

The investigation in Case 242 has yielded 17 convictions. Kirschenbaum’s sentence is particularly hefty and the longest one a Knesset member has ever received.

Elected to the Knesset in 2009, Kirschenbaum was a close ally to the party’s chairman and worked as the party’s director general. She was elected as deputy minister of internal affairs in  2013, but this stint was short lived. She resigned in 2015 amid corruption allegations.

District Court Judge Yaron Levy, who heard her case, prefaced his harsh sentence with a rebuke of Kirschenbaum. “The depth of the defendant’s corruption and the severity and multiplicity of her actions are unique,” said Levy. “There is no need to overstate the power entrusted to her, and she has used that power for improper preferences and a preference for her personal interest.”

The defense team responded that the sentence was “disproportionate, cruel and merciless.” Her ten years behind bars doesn’t begin until September 5, and lawyers vowed to appeal to the Supreme Court before then.

The court also ordered jail time for the former Agriculture Ministry director-general, Rami Cohen, for assisting Kirschenbaum in the scheme. He received a much lighter sentence of 30 months.

An NGO in Israel focused on defending democracy, The Movement for the Quality of Government, praised the long sentence. The organization told Israel’s Channel 7 News that “government corruption must have a price tag” and “should be punished in the most severe manner prescribed by law.”