The COVID-19 pandemic has unleashed a new gold rush in Central Africa, with organized groups cashing in on the surge in the commodity’s price and smuggling illicit gold to neighboring countries via air or inland, Interpol said Wednesday in a new report. 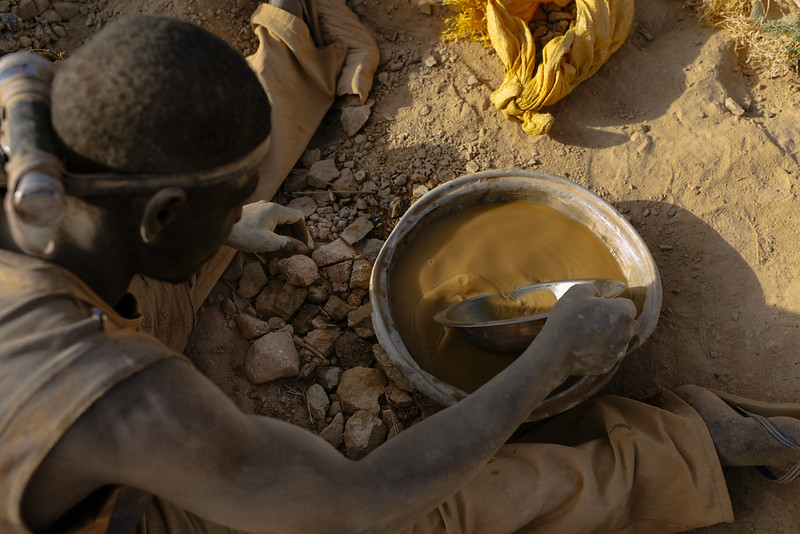 Most of the gold in Central Africa is illegally produced and smuggled out of the region and, while the pandemic temporarily halted air smuggling, inland smuggling routes remained active. (Photo: CIFOR, Flickr, License)The international police agency warned that criminals are exploiting the rise in global gold prices — which last August saw an unprecedented peak at US$ 2,048 per ounce — as field gold prices dropped by up to 50% across Africa due to the impact of COVID-19 in gold mining supply chains.

The report suggests that these groups likely stockpiled gold at lower prices and later introduced it to the markets once the commodity’s price recovered, capitalizing the precious metal’s reputation as a safe haven during uncertain times.

“Organized criminal groups have probably seized the opportunity to maximize their profits by buying at low prices and selling at high prices on the global market,” the Illegal gold mining in Central Africa report says.

Most of the gold in Central Africa is illegally produced and smuggled out of the region and, while the pandemic temporarily halted air smuggling, inland smuggling routes remained active.

Gold from the Central African Republic and the Democratic Republic of the Congo is often smuggled to ‘transit countries’ in East or West Africa and later exported towards the United Arab Emirates, Europe, and Asia as final destinations.

Various types of organized groups, including militias and terrorist organizations, have increased their activity and benefitted from this recent gold boom, a profitable crime due to the precious metal’s high and predictable value and the possibility to mask its origins.

Similarly, the report highlights that groups engaging in illegal gold mining and smuggling have ties to other criminal activities, such as human trafficking, poaching, money laundering and financial crimes.

To curb illegal mining and smuggling in the region, organizations have adopted complementary responses. These initiatives include guidance for companies to avoid contributing to conflict and human rights abuses through the purchase of minerals, formalizing artisanal and small-scale mining through sustainable and conflict-free mineral chains, implementing common mining policies and eradicating illegal mining.