A grassroots organization in Burkina Faso filed a complaint against the government Tuesday, citing an OCCRP investigation that connected the state to a massive smuggling operation which financed regional terrorism. 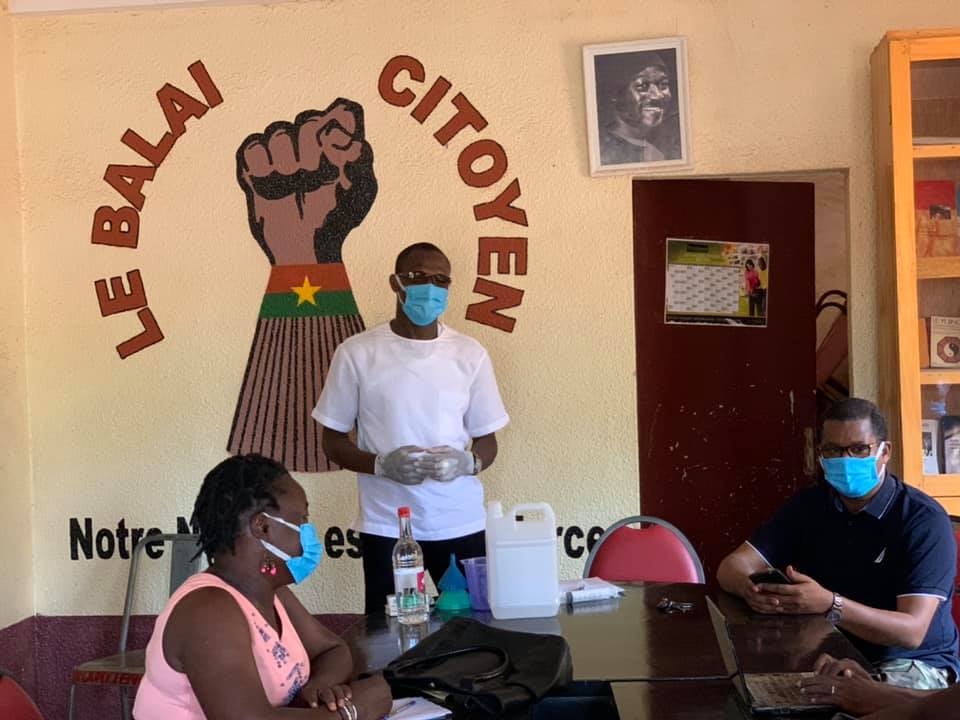 Le Balai Citoyen, a grassroots organization in Burkina Faso filed a complaint against the government citing an OCCRP investigation that connected the state to a massive smuggling operation which financed regional terrorism. (Photo: Le Balai Citoyen)“Le Balai Citoyen is surprised that faced with such serious and precise accusations revealed for more than 3 months, the judicial authorities of our country remain unmoved,” reads the movement’s declaration, published Tuesday.

The complaint, deposited in the High Court of Ouagadougou, calls for a criminal investigation into OCCRP’s findings on Apollinaire Compaore, a Burkinabe tycoon and the representative of Philip Morris in West Africa.

It was filed by Le Balai Citoyen, a grassroots movement led by a reggae musician and a rapper, which was a key player in the popular uprising that led to the downfall of Blaise Compaore, the previous president of Burkina Faso.

The investigation by OCCRP showed that Apollinaire had for two decades overseen a smuggling operation that saw billions of cigarettes fall into the hands of armed groups in Mali -- with the knowledge of Burkinabe authorities.

A customs agent interviewed by OCCRP termed the operation “a mafia at the head of the state.”

In the wake of OCCRP’s findings, Burkina Faso saw a media storm, with some articles alleging that OCCRP was motivated by jealous business rivals and denying Apollinaire’s links to terrorist finance and cigarette smuggling.

Le Balai Citoyen noted Apollinaire was behind at least a part of this campaign, saying the tycoon “has not deigned to file a complaint against the authors of these revelations but rather uses media reinforcements to entertain public opinion.”

Apollinaire later admitted to OCCRP’s key findings, including that he ran a warehouse in the town of Markoye where trucks of cigarettes were unloaded at Burkina Faso’s border under the supervision of the country’s  customs officials. These cigarettes were then moved onward by smugglers connected to armed groups.

“We are waiting for a confirmation of the responsibility of the state by justice,” Eric Ismael Kinda,  the spokesperson of Balai Citoyen, told OCCRP.

The complaint of Balai Citoyen also cites a slow response on the part of the country’s military to a terrorist attack earlier this month which left 132 people dead, not far from the site of the warehouse at Markoye.

“Our justice is today one of the most independent on the planet, at least theoretically!” Kinda said. “We remain determined and will use all avenues of appeal to prove the guilt and responsibility of the government!”