French and Israeli police have dismantled a criminal network that is believed to have swindled France out of 12 million euro (US$14.32 million) in COVID-19 unemployment benefits, Europol said in a statement on Wednesday. 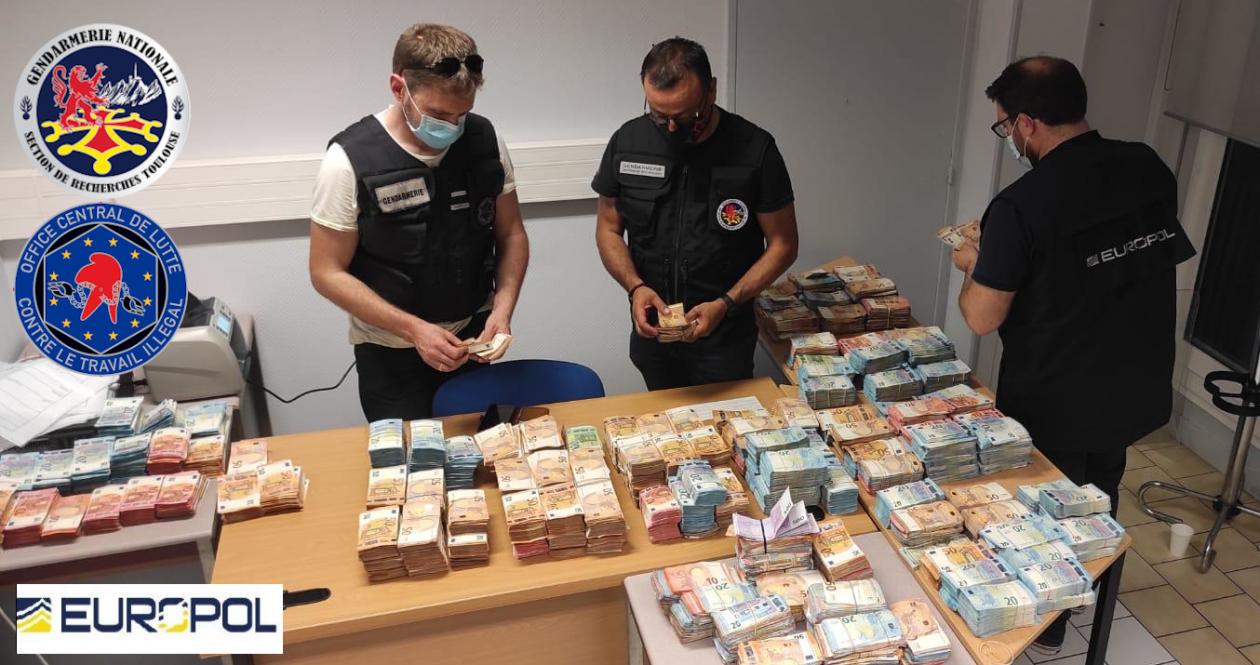 French and Israeli police have dismantled a criminal network that is believed to have swindled France out of 12 million euro (US$14.32 million) in COVID-19 unemployment benefits. (Photo: Europol)Six people have been detained in France on suspicion of having employed 3,600 shell companies to file claims for government aid aimed at assisting businesses in continuing to pay their employees during the lockdown amidst the pandemic.

After the fraudulently obtained benefits were paid onto French bank accounts, the group would transfer the money abroad and move it across Europe before exchanging it into cryptocurrencies, the agency said.

The gang allegedly ran a call center in a coastal resort of Netanya, near Tel Aviv, from where the “large-scale scam” was allegedly organized, the statement said.

French police arrested the main suspect — a 30-year-old Franco-Israeli citizen — close to Swiss border as he and his wife were heading to Geneva, from where they were planning to continue to Tel Aviv. They had booked a flight at the last minute, according to the statement.

Only an hour after the arrest, police “raided several addresses across Paris (19th arrondissement) and its suburbs (Pantin) to arrest their accomplices - all family relatives, and carry out searches to locate, among other things, the place where a large sum of money was believed to be hidden.”

Simultaneously with the French police actions, Israeli police detained an accomplice and searched the alleged gang’s call center in Netanya, seizing phones and high-tech IT equipment found there.