The semi-independent government of the Kurdish region in the north of Iraq has since March 2020 been harshly cracking down on critics, arresting and even disappearing journalists and activists, Amnesty International claimed in a report last week. 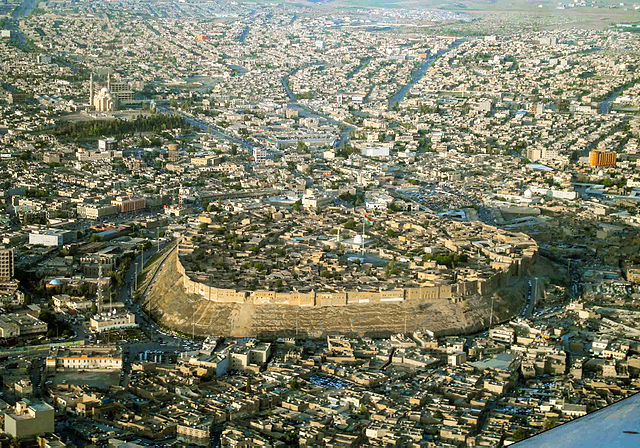 The Kurdistan region first gained semi-autonomy in 1992 after a long independence struggle that started with the fall of the Ottoman empire. (Photo: jan kurdistani, Wikimedia, License)“In mid-August 2020, widespread protests erupted in the KR-I, mainly in Sulaimaniyah, Duhok and Erbil, demanding an end to corruption, better public services, and the payment of overdue salaries of government employees,” Amnesty explained.

In the aftermath, authorities in the Kurdistan Regional Government (KRG) launched a mass campaign of arrests against activists, protesters and journalists covering the protests under the pretext of preserving “national security.”

Members of the KRG’s Asayish and Parastin intelligence services, arrested over 100 individuals in the Duhok governorate alone at the time. Most were released, but some 30 remain in detention.

Now the human rights organization is calling on the Kurdish regional government to end the practice.

"The Kurdistan Region of Iraq authorities must end the crackdown and immediately release all of those who have been arbitrarily detained,” Amnesty said. “The authorities must also refrain from using vague and ill-defined laws to curtail the rights to freedom of expression and peaceful assembly.”

The Amnesty report focused on the experience of 14 individuals arrested in Duhok’s Badinan district. They were detained for periods ranging from a few days to as long as five months. Eight of them said they were tortured while in detention.

The Kurdistan region first gained semi-autonomy in 1992 after a long independence struggle that started with the fall of the Ottoman empire and culminated with an attempted genocide, known as the al-Anfal campaign, conducted by the government of Saddam Hussein in the late 1980s.

Though it was not officially recognized until the establishment of a new constitution following the fall of Saddam’s government in 2005, the Kurdish government in Erbil had been relatively more liberal and open than the national government in Baghdad, making the recent crackdowns all the more worrying.

“Although the majority of those arrested were eventually released, the process of arrest, interrogation, and prosecution contributes to a climate of intimidation. Moreover, the violations of due process and fair trial standards that have taken place at each stage in the cases documented by Amnesty International allow a culture of impunity to continue, and leave individuals exposed to possible ill-treatment and torture,” Amnesty’s report said. “The KRG authorities have an obligation to uphold basic human rights of freedom of expression, assembly and press freedom.”