The Ohio State House ousted last week a lawmaker whom the FBI accused of accepting millions of dollars in bribes to pass legislation bailing out two nuclear plants. 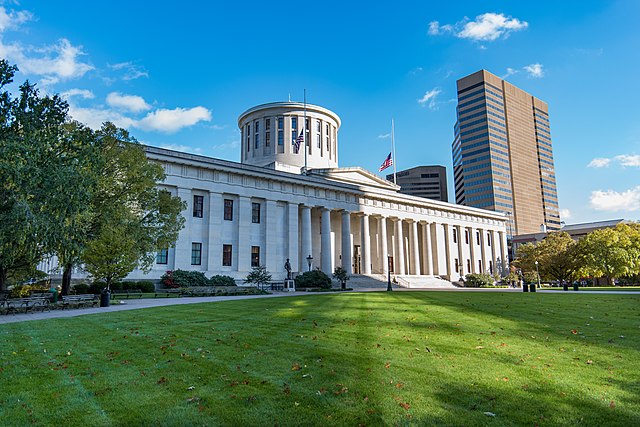 Defenders of Householder argued that this historic move went against the Constitutional principle to treat people as innocent until proven guilty. (Photo: Ɱ, Wikimedia, License)Republican lawmaker Larry Householder lost his seat in the Ohio House of Representatives almost a year after U.S. federal authorities arrested and charged him, but have not yet tried or convicted him for the US$60 million corruption scandal.

Although it was the first expulsion from the Ohio State House in over 100 years, it wasn't Householder's first time leaving office under federal investigation.

In 2004, he resigned under accusations of money laundering but the government closed his case without charges. Householder was reelected in 2016 in a shocking comeback and before returning to office, he told the Associated Press he had some “unfinished business involving the district.”

Last July, while Householder was Speaker, the FBI filed a criminal complaint against him and four of his associates.

“The Defendants enriched themselves and increased Householder’s political power by engaging in a scheme to defraud the public of the honest services of Householder,” FBI agent Blane Wetzel wrote in the supporting affidavit.

“I fully intend to walk into a courtroom in Cincinnati and walk out of there a free man and innocent,” Householder said last Tuesday. But, before he could have his day in court, he was forced to walk out of the Ohio State House stripped of his elected position.

The Ohio Constitutionsays that members of the House may be expelled for “disorderly conduct,” and some representatives insisted that the fact such unprecedented corruption unfolded under Householder’s leadership points to his professional misconduct, regardless of his involvement in the case.

“This isn’t about his innocence and his guilt,” Democratic Rep. Kristin Boggs told the AP. The House expelled Householder Wednesday in a 75-21 vote.

Defenders of Householder argued that this historic move went against the Constitutional principle to treat people as innocent until proven guilty.

Rep. Nino Vitale referred to the ousting as “profound and tragic” and asked on his Facebook page whether “the Constitutions even matter any longer?”

In his testimony, Householder warned lawmakers: “Just think of the precedent this will set: allegations are enough to remove anyone from office.”

His court date has not yet been announced.