Marián Kočner, a powerful business tycoon, and Alena Zsuzsova, his associate, face a retrial for the 2018 murder of investigative reporter, Jan Kuciak, and his fiancé, Martina Kušnírová. Last September, the court acquitted Kočner and Zsuzsova of masterminding the killing but the Supreme Court of Slovakia reversed this decision on Tuesday. 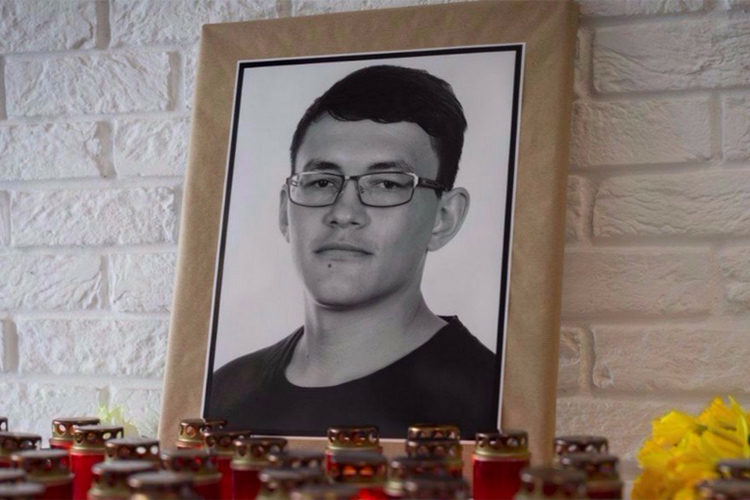 Murdered Slovak investigative journalist, Jan Kuciak. (Photo: David Ištok - Aktuality.sk)As a fixture of Slovakia’s élite, Kočner was prominent in public life and appeared on tabloid pages and in television cameos. But, in secret, Kočner was immersed in the world of organized crime and Kuciak, working with the news organization Aktuality.sk, was gathering evidence on Kočner’s most recent ruse: conning a judge into granting him 70 million euros (US$83.1 million).

In May 2017, Kuciak reported some details of this, and in February 2018, he and his fiancé were killed.

The murder — the first to target a journalist in Slovakian history — rocked the country. Thousands took to the streets in protest, demanding a “decent Slovakia.” The Prime Minister, Robert Fico, resigned.

A multiple year investigation morphed into a seven-month trial in 2020 and the men who facilitated and executed the murders were both sentenced. But in September 2020, the court deemed Kočner and Zsuzsova not guilty.

“I’m not a saint, but I’m not a murderer either,” Kočner said in his final statement. “And I’m definitely not dumb enough to not realize what a murder of a journalist might cause.” The court said they didn’t have enough evidence to convict. Prosecutors submitted new evidence and appealed the verdict.

On Thursday, this new evidence — which included data on Zsuzsova’s rapid heartbeat the morning after the murder and expert testimony on messages sent between Zsuzsova and Kočner — was accepted. Judge Peter Paluda called the acquittal “a wrong legal conclusion.”

Both Kočner and Zsuzsova, who are currently serving sentences for other crimes, will be retried by the Specialized Criminal Court.

In his lifetime, Kuciak was never able to fully expose Kočner, but the research he left behind has helped others do so. OCCRP and member center partners have committed to completing and publishing Kuciak’s unfinished investigations in an archive called the Kočner library. This has helped turn the tide of public opinion against Kočner and expose the full extent of his corruption.

“Kuciak became a powerful symbol of fighting against what some in Slovakia call the mafia state,” Dr. Aliaksei Kazharski, a professor at Comenius University in Bratislava, told the OCCRP on Thursday. The decision to reverse his acquittal, Kazharski explained, was widely seen as a step towards progress in Slovakia. “Many politicians and public figures saw it as an important moment."

International organizations praised the decision. “This ruling is a crucial step toward ending impunity in Kuciak’s killing and ensuring that all journalists can work safely and freely in Slovakia,” the Committee to Protect Journalists wrote in a statement.

Zlatica Kušnírová, the mother of Martina, voiced her relief in the news, but also said that there’s still much more work to be done. According to Kazharski, she commented on the latest court decision.

“We won a battle, now we have to win the war,” she allegedly said.