Philip Morris International opened its third round of funding to NGOs that work to combat illegal trade around the world, but experts remain sceptical of the tobacco giant, which has repeatedly been shown to be a major beneficiary of the global illegal trade in tobacco products. 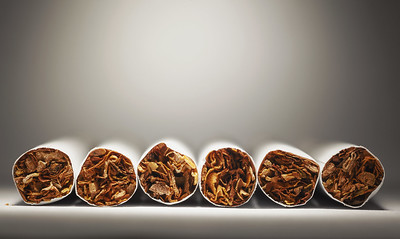 Every dollar a researcher receives from a party like PMI erodes their credibility, said one researcher. (Photo: Dejan Krsmanovic, Flickr, License)“The third funding round will support a broad range of projects designed to tackle the multifaceted and multinational illicit trade—ranging from illicit tobacco products and other consumer goods to counterfeiting of pharmaceuticals and electronics—across different geographies,” PMI said in a press release.

The billions of cigarettes a year Compaoré moves on PMI’s behalf find their way into Mali, Niger, the Ivory Coast, Algeria and Libya where their sale finances militant groups fueling a war that has already killed thousands.

Compaoré has been identified as a smuggler not just by local governments, but also by the U.N.

According to one expert, PMI’s IMPACT campaign is more dangerous than just a PR move.

“They fund NGOs ... but they also fund universities, where they fund research that makes it into legitimate journals” Hana Ross,who researches the illicit tobacco trade at the University of Cape Town told OCCRP.

According to Ross, PMI’s funding inherently casts doubt on the science.

“As a journal reviewer, I do not have the data to verify the results,” she explained. “I can suspect problems, but without redoing the analysis, it is difficult to tell if the results are legitimate or deliberately biased. So if a study wants to make a certain point, it could do it without being noticed by reviewers.”

That doesn’t necessarily mean that it’s all biased, she said, but every dollar a researcher receives from a party like PMI erodes their credibility.

Beneficiaries of PMI’s first two rounds of this funding program called IMPACT, include major universities such as California State University, Turkey’s Bahcesehir University in Istanbul, the University of Palermo in Sicily, Kiel University in Germany, Lithuania’s Mykola Remeros University and the University of Montreal in Canada. Other recipients of PMI funding were dozens of NGOs, police departments and private research groups.

“It’s a smart investment on their part,” Ross said. Instead of commissioning reports, as other major tobacco companies do, “they go through universities, use the language of grants and competition, it gives it more legitimacy, and if it looks like an independent study from a major university, it has a totally different weight.”