International press freedom advocates urged Afghan authorities on Monday to thoroughly investigate the recent murder of a female journalist and TV anchor, who died with her mother and two more passengers when a car bomb planted under a van exploded last week. 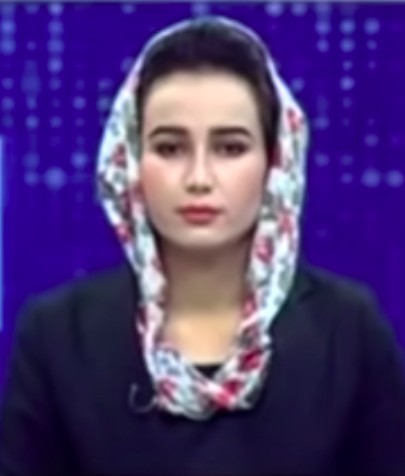 Mina Khairi, young Afghan journalist and TV anchor, was killed in Kabul. She is the fifth female journalist killed in Afghanistan this year. (Photo: ArianaNews, Youtube, screenshot)Mina Khairi, 23, was an anchor at Ariana News TV. Afghan authorities must “determine if she was targeted for her work, and ensure that her killers face justice,” the Committee to Protect Journalists (CPJ) Asia program coordinator, Steven Butler, said.

Citing local police, the Afghanistan Journalist Center (AFJC) reported that the improvised explosive device was planted underneath a passenger van in Kabul. Apart from killing the reporter and two others, it severely injured six passengers, including Mina’s sister, who died three days later of injuries sustained in the explosion.

None of the militant groups in Afghanistan claimed responsibility for the attack.

The CPJ said that Khairi worked at the privately-owned TV station since 2017 as a general news and political affairs show host.

News manager at Ariana TV, Ahmad Farshad Saleh, told CPJ he believed that the “killing was an attempt by some group to create panic among journalists and dissuade them from reporting the news.”

The Afghan Journalist Center warned that “a wave of targeted assassinations" against journalists has spread fear across the country, especially as the U.S. is withdrawing troops following a February 2020 deal with the Taliban.

“Mina Khairi is the fifth journalist and media worker to be killed in 2021 and the 12th since the U.S. - Taliban peace deal,” the association said.

The AFCJ Executive Director, Ahmad Quraishi, also called on the Afghan authorities to investigate the Khairi’s murder and bring the perpetrators to justice.

“We demand rigorous action towards the safety of media employees in Afghanistan,” he said.

In March, AFCJ, together with 40 civil associations worldwide, called on the United Nations Security Council and the U.N. Assistance Mission in Afghanistan (UNAMA) to act against the killing of journalists in the troubled country.

Afghanistan stands 122nd out of 180 countries in the Reporters Without Borders 2021 Press Freedom Index.