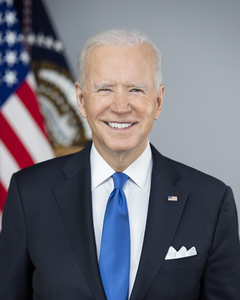 U.S. President, Joe Biden. (Photo: The White House, official portrait)“Fighting corruption is not just good governance. It is self-defense. It is patriotism, and it’s essential to the preservation of our democracy and our future,” Biden said in a statement accompanying the document.

The Memorandum informed federal agencies that they should prioritize confronting the problems surrounding corruption across the world as a national security interest. It also directs the government to send the president recommendations, in the next 200 days, on how the U.S. can best use its resources to combat corruption.

The administration plans to, for example, “crack down on tax havens and illicit financing that contribute to income inequality, fund terrorism, and generate pernicious foreign influence,” a briefing on the document said.

According to the memo, the U.S. government will also “robustly” implement new rules established in January that require American companies to report their beneficial owners to the Treasury Department, which is in order to, “reduce offshore financial secrecy; improve information sharing; and, as necessary, identify the need for new reforms.”

The document explained the U.S. will manage corruption by foreign entities and governments by “closing loopholes exploited by these actors to interfere in democratic processes in the United States and abroad.” This is likely to be a reference to Russia and other adversaries that have been behind disinformation campaigns to influence U.S. elections, for example.

The move comes just before Biden's trip to Europe, where the President will discuss “his advocacy for democracy over autocracy domestically, here in the United States, but certainly around the world,” according to Press Secretary Jen Psaki.

It also comes as the U.S. Congress plans to make similar advances, as it launches the ‘Congressional Caucus against Foreign Corruption and Kleptocracy’ this week, in order to curb “kleptocracy” and “mobilize against foreign corruption.”

Last week, the administration imposed sanctions on three Bulgarians as well as more than 60 entities in their networks. The Treasury Department accused the Bulgarians of “extensive roles” in corruption and “abusing public institutions” for profit.