The military junta that seized control of Myanmar earlier this year is seeking to "line its pockets" by selling off thousands of tons of illegal timber to international markets, the Environmental Investigation Agency reported on Friday in its latest update on the country’s “tainted timber” trade. 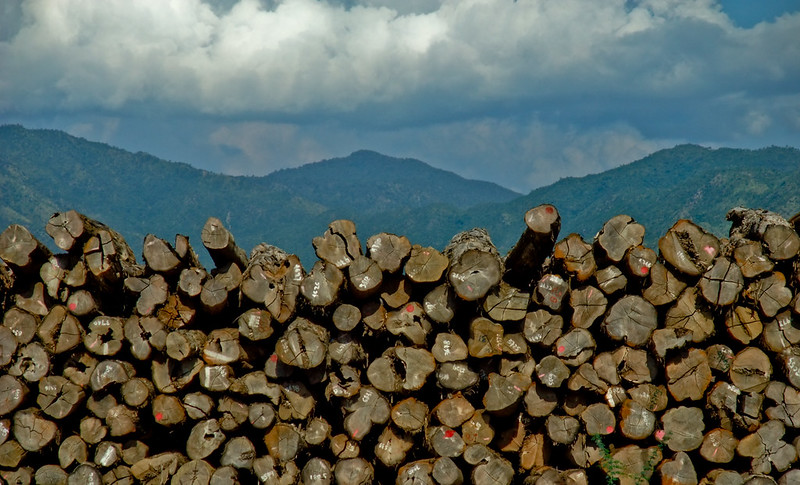 The military junta that seized control of Myanmar earlier this year is seeking to "line its pockets" by selling off thousands of tons of illegal timber to international markets. (Photo: Songkran, Flickr, License)During the last term of the ‘legitimate’ government of Myanmar, the state took steps to combat illegal logging and seized about 200,000 tons of illegal timber, the EIA previously reported. That will now be up for auction by the Myanmar Timber Enterprise (MTE), a state-run entity which controls all timber sales across the country.

The EIA said that the enterprise operates an “opaque” auction system where international traders place a deposit of US$10,000 before bidding for a final price.

“Why would this State enterprise do this, other than to obtain desperately needed hard currency to continue the junta’s brutal persecution of the people of Myanmar?” asked Faith Doherty, an EIA Forests Campaigns Leader, in a statement. “This is additional confirmation of EIA allegations that the military regime is using timber to support itself and its reign of terror.”

The move comes as more stringent sanctions are being placed on the country. Last week, the U.S. Treasury’s Office of Foreign Assets Control placed sanctions on Khin Maung Yi, the Minister for Myanmar’s Ministry of Natural Resources, Environment and Conservation (MONREC), who has, according to the EIC, “directly profited” from the selling of the country’s natural resources.

“This is conflict timber, it is illegal in so many ways, and seeking to buy and import it from Myanmar would amount to nothing more than naked profiteering on the country’s misery and suffering,” Doherty said, urging the European Union and the U.K. to follow the U.S. and Canada by imposing sanctions on the timber trade.

Myanmar’s deadly military coup began in February, after only six years of democratic rule but according to the initial report by the EIC in March of this year, the MTE’s trade has long been embroiled in corruption—even before the country’s short-lived democracy—illegally harvesting and smuggling the timber and evading or reducing taxation in order to ship teak to European markets.

The report also highlighted how the military continues to profit from exports of timber, particularly from teak in high demand for the luxury yachting sector.

Deforestation has claimed an area roughly the size of Finland and Slovakia combined was lost between 2001 and 2019.