Politically influential people made up a significant portion of the clients at an offshore bank in the Isle of Man according to a Brookings Institute researcher who analyzed data from a breach published by Distributed Denial of Secrets. 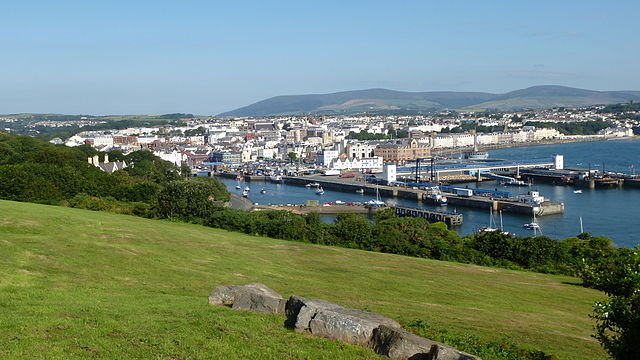 “These politically-exposed clients not only hold greater amounts of wealth than the average offshore client, but they are also more likely to have an address in a tax haven and are more likely to receive money into their accounts from accounts in other tax havens, all signs that significantly raise the risk that these clients have access to higher levels of wealth and are more willing to engage in activity that obscures their ownership of it,” Collin said in his paper “What lies beneath: evidence from leaked account data on how elites use offshore banking.”

Collin linked some of these political elites to countries with low rankings in corruption metrics, like the Corruption Perception Index. He said more measurably corrupt nations have a higher likelihood of politically-exposed persons with offshore accounts.

The paper looked at data leaked from the Cayman National Bank and Trust Isle of Man (CNBIOM) from 2008 to 2019. While applying this data in a larger sense to answer questions about offshore banking, Collin emphasized that the figures he provided are estimates.

Some of the politically connected clients of CNBOM appeared in OCCRP investigations. For example, the former head of Armenian customs Armen Avetisyan used the shell company, Golden Group Limited to open an account with CNBIOM in 2012.

After years of suspicious activity and being investigated for money laundering in Armenia, Golden Group Limited was considered an “unacceptable risk” in July 2018.

Also on the client list was the family of Eldar Mahmudhov, a former national security minister of Azerbaijan, whose entire family had suspicious accounts with CNBIOM linked to multiple shell companies with tens of millions in deposits over one year.

OCCRP reported on the former politician’s fall from grace with the Azerbaijani government and the massive amounts of wealth his family acquired during his tenure in public office.

Based on the data, Collin also concluded that the number of offshore clients using shell companies to hold their wealth poses an obstacle to monitoring the flow of money into these tax havens.

“Many if not most of the company clients in these data are likely to be shell companies - those with no actual physical presence in the Isle of Man,” Collin said in his analysis.

“Around 55% of company clients share the same seven addresses (in the Isle of Man, the Cayman Islands, the British Virgin Islands and the UK), a clear indication that even if they are incorporated on the Isle, they don’t have a substantial staff presence there,” he said.

For those that question the authenticity of leaked data in academics, Collin cross-checked some of the clients with company registries and media reports. He said it’s more likely that inaccuracies would result from information gathering on the part of CNBIOM.

“Where the accuracy of the data might be more likely to falter will be in instances where CNBIOM was limited in its ability to accurately capture information on its customers,” Collin said.

“For example, customers might misrepresent themselves to the bank or someone at the bank might fail to record a vital piece of information,” he explained.