The son of the leader of Mexico’s notorious Sinaloa Cartel pleaded guilty in a U.S. court to drug trafficking and agreed to forfeit US$5 million in proceeds, a statement from the Department of Justice said. A sentencing hearing is scheduled for April next year. 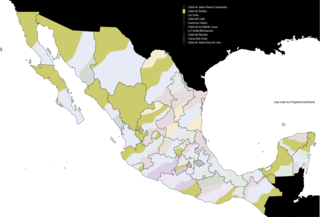 The Sinaloa Cartel remains the most prominent drug trafficking group and criminal enterprise in Mexico and much of the Western Hemisphere. (Photo: BaptisteGrandGrand, Wikimedia, License)Ismael Zambada-Imperial, also known by the nickname “Mayito Gordo,” was extradited from Mexico to California in 2019 after he, his brother and his father were indicted in 2014 along with the son of the previous leader of the cartel, incarcerated Joaquín “El Chapo” Guzmán Loera.

After El Chapo was arrested in 2016, his close associate Ismael Zambada-Garcia, or “El Mayo,” took over command over one of the most powerful criminal organizations in the world. He remains out of reach to U.S. authorities.

“Zambada-Imperial accepted responsibility for his role as a leader within the Sinaloa Cartel, acknowledging that he organized the transportation and distribution of thousands of kilograms of controlled substances, including cocaine, heroin, and marijuana for importation from Mexico into the United States,” the DoJ statement said.

Despite the arrest of El Chapo, the Sinaloa Cartel remains the most prominent drug trafficking group and criminal enterprise in Mexico and much of the Western Hemisphere.