Wildlife trafficking is rampant on social media outlets where buying anything from elephant tusks to rhino horns, cheetah pelts, pangolin scales or other bits of poached endangered species can be as little as two clicks away, experts told the U.S. House Committee on Natural Resources on Wednesday. 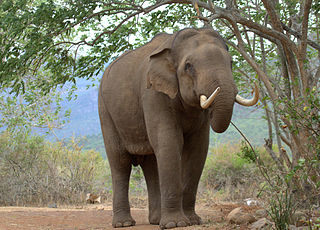 According to one study, some 48% of posts were for illegal ivory. The next most common were bear and feline products. (Photo: N. A. Naseer, Wikimedia, License)“Facebook is not the only American tech platform that hosts wildlife crime, but the world’s largest social media platform has an extensive wildlife crime problem, and easy fixes the firm could apply aren’t being implemented,” Gretchen Peters, Executive Director of The Center on Illicit Networks and Transnational Organized Crime, said in a document submitted to the congressional Oceans, Water and Wildlife Subcommittee.

Experts from four other organizations including the U.S. Fish and Wildlife Service, the Environmental Investigation Agency, the United States International Fund for Animal Welfare, and the Property and Environment Research Center, all raised similar points in their testimony.

“Online marketplaces and social media sites are used to facilitate the illegal wildlife trade by not only providing a platform to advertise illicit wildlife and wildlife products, but also for sellers and buyers to communicate and coordinate with a global network of criminals involved in the trade,” said Stephen Guertin, Deputy Director for policy at the U.S. Fish and Wildlife Service.

The illegal wildlife trade is a US$23 billion dollar transnational organized crime and the fourth most profitable one in the world, Rep. Jared Huffman, chair of the subcommittee, explained during the hearing.

The inclusion of payment platforms and encrypted messaging services on social media has only helped streamline things for traffickers.

“Algorithms facilitate new connections between and among sellers and buyers by directing them to groups and pages dedicated to wildlife sales based on a user’s activity history,” he added.

In a study of online illegal wildlife markets, the United States International Fund for Animal Welfare found that some 48% of posts were for illegal ivory, said Acting Director, Danielle Kessler in her testimony. The next most common were bear and feline products.

According to Kessler, one reason traffickers have been able to be so brazen is the way environmental crimes are prioritized by law enforcement.

“In part because of its status as an environmental issue, wildlife cybercrime has been in some instances deprioritized, with limited enforcement resources diverted elsewhere,” Kessler said. ”Wildlife traffickers may know this, and operate without concerns about interference from law enforcement.”

However, wildlife is far from the only illegal trade that Facebook’s platform has been accused of facilitating.

It has long been a hub for the international antiquities trade as well. Though it changed it’s community standards last year to take a stronger line on the trade, posts selling illicit cultural artifacts are still a regular occurrence according to groups like the Athar Project which monitors the trade.

To crack down the spread of wildlife trafficking and other illegal trades on social media, the experts called on tech companies to significantly increase moderation of their platforms with an eye for illegal enterprises, as well as to further collaborate with law enforcement.

“Such actions are welcome and represent important steps to eliminating the illegal wildlife trade across popular social media and e-commerce sites, however to date the implementation of such policies has been far from sufficient across many of these platforms,” he added.