Turkish authorities arrested 68 suspected members of a group accused of stealing over US$2 billion from investors through a cryptocurrency trading platform whose founder fled the country and is now on an Interpol wanted list. 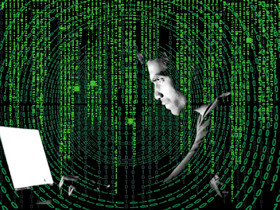 Last Wednesday, Thodex suspended trading and locked investors out of their accounts after posting an ambiguous message announcing it was undergoing five-days of maintenance. Shortly after a wave of investors complained to Turkish police, a photo was released of Ozer at Istanbul airport. He has since been located in Albania.

Turkey’s Interior Minister and the General Director of Police spoke to their Albanian counterparts over the phone about Ozer’s arrest and extradition.

Ozer denied all accusations in a statement posted on Twitter on Thursday. He claimed there was a technical issue that his team worked on resolving while he went abroad for work. He added that he would “soon” return to Turkey to resolve the issue.

On Friday, Turkish police raided Thodex's headquarters and confiscated documents, devices, and digital material, and Turkey's Financial Crimes Investigation Board (MASAK) launched an investigation into Ozer and his dealings, according to local media.