One of Mexico’s most violent cartels has introduced a new tactic in its war against the government and attacked the country’s security forces with explosive drones in at least three states last week, authorities said. 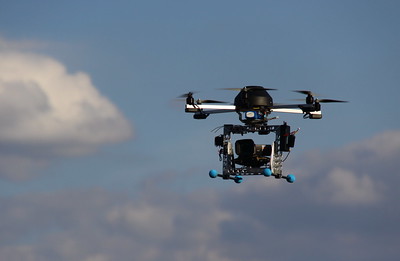 Jalisco New Generation is one of the deadliest cartels in Mexico and profits from various illicit businesses, including drugs and arms trafficking. (Photo: ChrisGoldNY, Flickr, License)Defense Secretary Luis Cresencio Sandoval said that the Jalisco New Generation cartel was found to be responsible for some of the attacks against officials in the states of Michoacan, Jalisco, and Guanajuato.

Local media reported that gang members used drones to carry grenades in the most recent attack in the locality of Aguililla, in the western state of Michoacan last week.

Sandoval did not specify the explosives the cartel used to harm the officers but confirmed that police arrested a man and that two policemen were injured.

“The drone attacks are worrisome, but they have not been as effective as they (the cartel) would expect because drones cannot carry amounts of explosives that are harmful to personnel or a facility,” the defense secretary said in a press conference.

Police recently strengthened their presence in Aguililla after residents reportedly complained about repeated clashes between cartels, especially between Jalisco New Generation and its rival Carteles Unidos.

Jalisco New Generation is one of the deadliest cartels in Mexico and profits from various illicit businesses, including drugs and arms trafficking, money laundering, extortion and smuggling.

The U.S. Department of Treasure has described the criminal organization as one of the most prolific and violent drug trafficking groups worldwide, saying the cartel is responsible for importing fentanyl and other deadly drugs into the United States.

But this isn’t the first time Jalisco New Generation has used drones carrying explosives as an attacking tactic. Mexican media reported in August that the cartel used the same strategy to attack other organized groups present in Tepalcatepec, Michoacán.

Criminals reportedly firmly tape C-4, a powerful explosive composed of various chemicals, onto the device and then activate it remotely. Officials found the drones and the explosives after the two cartels clashed.