Nearly a hundred civil society organizations have urged the United Nations to form a special expert group that will “tackle transnational, large-scale and high-level forms of corruption” which is threatening the world’s peace and prosperity, Transparency International said Tuesday in a statement. 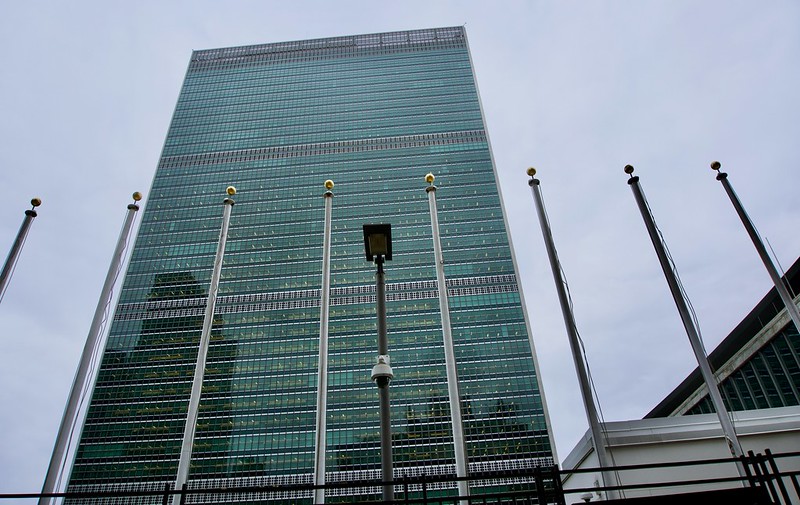 The U.N. General Assembly prepares for its first ever Special Session Against Corruption (UNGASS 2021), to be held in June. (Photo: Andreas Komodromos, Flickr, License)“Corruption and the looting of staggering amounts of assets undermine the achievement of the Sustainable Development Goals (SDGs),” a letter signed by 96 non-governmental organizations said, citing a document published by the U.N. Secretariat in 2020 which lays out its “common position” to address global corruption.

Graft has “a negative impact on peace, stability, security, the rule of law, gender equality, the environment and human rights, and contribute to the spread of terrorism and violent extremism,” it added.

The letter comes as the U.N. General Assembly prepares for its first ever Special Session Against Corruption (UNGASS 2021), to be held in June, which is mandated to adopt an action-oriented political declaration on global anti-graft efforts.

The NGOs reminded the U.N. of its own conclusion from the 2020 document that pervasive corruption networks often include politicians, civil servants, people from the private sector and members of crime syndicates and that corruption scandals “result in loss of resources and undermine public trust in democracy and the rule of law.”

The UN Convention against Corruption (UNCAC) — the only legally binding international anti-corruption treaty with a global scope — is “proving inadequate to counter globalized corruption,” the signatories stressed, suggesting that “new approaches should be considered.”

“What is needed now is for the U.N. to work on concrete new frameworks and structures for ensuring accountability and justice,” the Head of Conventions Unit at Transparency International, Gillian Dell, said.