Since the pandemic has temporarily closed most pubs in the country, forcing Guinness to slow production, beer kegs have become a hot commodity in Ireland and organized crime is stepping in to fill the gap, the Journal reported. 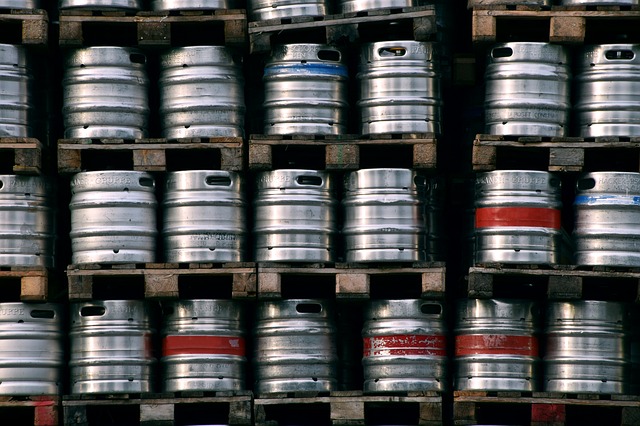 During one raid, officers found nearly US$80,000 worth of beer in a single truck. (Photo: Ulrike Leone, Pixabay, License)The beer producer’s Dublin factory has stopped brewing because of decreased demand from legitimate establishments. However, while law abiding premises have closed their doors to help stop the spread of COVID-19, underground pubs, known in Ireland as Shebeens have popped up.

“‘Shebeens’ are not a new phenomenon,” Ireland's Garda Police force told the OCCRP. “The number of reports or information in relation to suspected activities of ‘Shebeens’ has increased during the COVID-19 pandemic, however not all such reports have proven to be founded.”

Nonetheless, a number of them have been raided in the so-called Operation Navigation which is meant to clamp down on illegal premises in defiance of COVID-19 regulations.

With a shortage of Ireland’s flagship beer, the Shebeens have had to find other sources to wet their patrons' gullets and turned to cross border smugglers.

“The white van system, as I call it, is in full swing,” Padraig Cribben, Head of the Vintners’ Federation of Ireland told the Journal.  “It’s all coming across the border or whatever. They tend to be able to get supplies in one shape or form.”

According to the Journal, the Garda believe that criminal gangs have entered the business, finding it a lucrative source of funding.

During one raid, officers found nearly US$80,000 worth of beer in a single truck.

“We understand people are missing what they had in the traditional pub but that doesn’t allow any of us to break the law,” Cribben said. “In these places, one thing you can be sure, there is no social distancing, no compliance with health advice. If that feeds into increasing levels of infection it also feeds into delays in having legitimate pubs reopen. They’re only hurting themselves.”