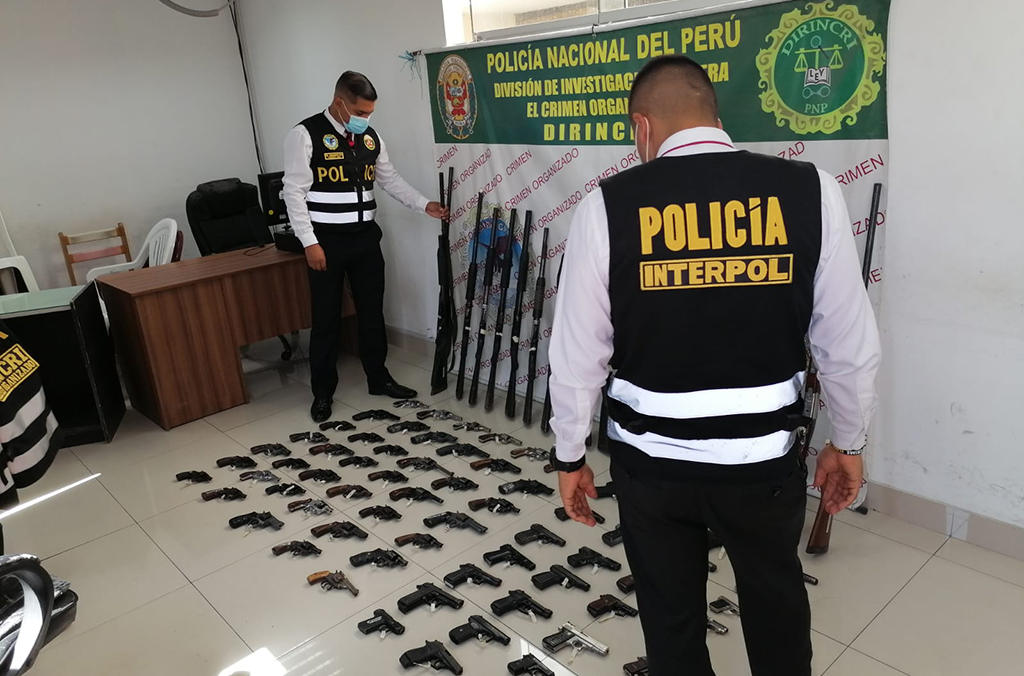 Although authorities were targeting regional arm trafficking networks and potential smuggling routes, they also seized more than 21 tons of cocaine, marijuana and other chemicals.

As South America’s struggles to contain the coronavirus and vaccinate its population, the illicit gun trade remains a serious challenge across the region, the operation revealed.

Meanwhile, in Bolivia, police reportedly destroyed 27 camouflaged cocaine labs scattered across the country and rescued 33 alleged human trafficking victims during a firearms raid in the capital.

The operation also saw the recovery of undetonated grenades and the arrest of two Uruguayan gang members who used social media to flaunt illegal guns.

“Operation Trigger VI has seen thousands of illicit weapons taken out of the hands of criminals and is testimony to the commitment of South American law enforcement despite the challenges of a global pandemic,” said Interpol Secretary General Jürgen Stock.

So far, authorities have detected the illicit sale of 90,000 pieces of ammunition and expect more arrests will follow the investigation.

“Firearms present a very serious threat to South America’s security and stability. This is why multi-agency transnational cooperation is essential to identify and dismantle the organized crime and terrorist groups involved,” Stock said.