With the help of Europol, the Spanish National Police arrested last week three people accused of collecting donations for Syrian orphans that was then spent on radicalizing and training children to become Al Qaeda jihadist fighters. 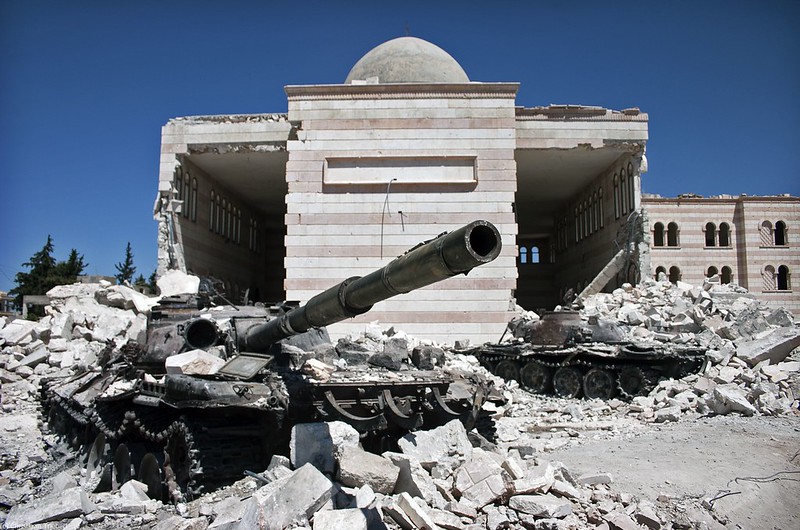 Destroyed tanks in Azaz, Syria. (Photo: Christiaan Tribiert, Flickr, License)The detainees are suspected of having funneled the money they collected from several Muslim associations in Madrid through an NGO to support training orphans in armed combat, the release said.

The two-year investigation identified an alleged financing network located in Spain which authorities traced back to people affiliated with an Islamic center in Madrid. The three people arrested are accused of misusing resources of religious associations to finance terrorist fighters.

Authorities report that the proceeds of these donations went to two seperate causes: funding terrorist fighters and covering the costs of radicalizing and training orphans in conflict zones whose parents were killed serving the cause.

During the action, police also carried out four searches and confiscated cash, documents, devices and other valuables, according to Europol. The agency’s European Counter Terrorism Center (ECTC) will analyze evidenced seized in last week’s operation.