A jury in New York found the ringleaders of a scheme that saw more than US$150 million made from marijuana sales flow through the U.S. financial system guilty of conspiracy to commit bank fraud, the Department of Justice announced in a statement on Wednesday. 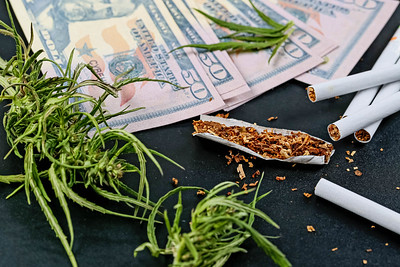 “Under the radar of U.S. banks and credit card companies screening for suspicious and illegal activity, these men offered their services: creating fake companies and fake websites, and ginning up fake web traffic to those fake websites, all in the service of fraudulently moving money through the United States financial system,” said Manhattan U.S. Attorney Audrey Strauss.

“As a jury has now found, Ray Akhavan and Ruben Weigand were in the business of selling lies,” Strauss added.

With other co-conspirators, the two deceived banks and credit card companies into processing payments for the purchase and delivery of marijuana products. They used offshore accounts of shell companies to present the transactions as payments for dog products, diving gear, carbonated drinks, green tea, and face creams.