Despite the decrease in trade and travel brought on by the novel coronavirus pandemic, 2020 saw a distinct rise in maritime piracy at some of the usual hotspots around the world but with a concerning trend emerging in the Gulf of Mexico which could become a new hunting ground for modern pirates, maritime security experts said. 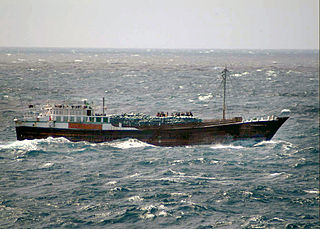 So far the majority of the attacks in the Gulf of Mexico have been against smaller fishing vessels and support and supply vessels for the local oil industry. (Photo: Kenneth Anderson - U.S. Navy, Wikipedia, License)While the Gulf of Guinea, which constitutes the seas off the West African coast, has consistently been one of the worst regions in the world for the crime, piracy has been almost entirely eradicated off the Horn of Africa and has declined in South East Asia.

But the maritime crime has also seen a slight bump in the Indian Ocean and has popped up in the Gulf of Mexico, with a handful of attacks on ships transiting the Caribbean, Dryad Global, a maritime security agency, said in a report released last week.

“A concerning trend is emerging in the Southern Gulf of Mexico states of Campeche, Tabasco and Veracruz,” the Dryad Global report said. It’s especially worrying as the area is home to more than 2,000 offshore oil drilling platforms which supply some 17% of the U.S.’ crude oil and 5% of it’s natural gas.

So far the majority of the attacks in the area have been against smaller fishing vessels and support and supply vessels for the local oil industry.

“In contrast to prevailing trends in the Gulf of Guinea, piracy within the GoM continues to have more in common with violent armed robbery offshore, perpetuated by disparate groups involved in low level criminality,” Dryad Global said.

While lack of kidnapping and ransoms suggest little to no connection with the area’s established organized crime groups, such as Central America’s drug cartels, current numbers are likely under-reported. According to Dryad Global, hundreds of incidents have been reported by local media, while the U.S. government is aware of only 55 since 2018.

The Gulf of Guinea, on the other hand, remains the global hotspot for piracy, with more than 130 abducted seafarers in 27 incidents in 2020.

“Operating in the Gulf of Guinea continues to present a serious and persistent threat to the safety and security of crews and vessels,” Dryad Global said.

“Evidence also shows that attacks are becoming increasingly violent – the use of guns was reported in over 80% of kidnapping incidents last year,” it said.

Unlike historic piracy in East Africa and elsewhere in the world, for West African pirates the catch is rarely the cargo or the ships, but their crew, as sailors are far more movable and still worth a hefty ransom.

“Maritime criminals have honed their business plan,” the agency said. “They know the price point of insurers and the value of a crew member’s life. In turn, shipowners have weighed up the cost of improved security measures against insurance premiums and know where their margins lie.”

International intervention is becoming more and more necessary to remedy the situation in the Gulf of Guinea. However, Dryad’s analyst’s argued that Nigeria, one of the strongest economies in the region, has been shirking it’s responsibility in addressing the crime.

“Unfortunately, whilst strong on rhetoric, Nigeria’s efforts to combat piracy are, thus far, short on substance,” the Dryad Global report said, pointing to the country’s inconsistent policies on allowing armed security in their waters.