In what was described as the single largest seizure of cocaine in European history, German customs officials at the Hamburg port have confiscated over 16 metric tons of the drug hidden in three containers that arrived from Paraguay, according to a Wednesday announcement. 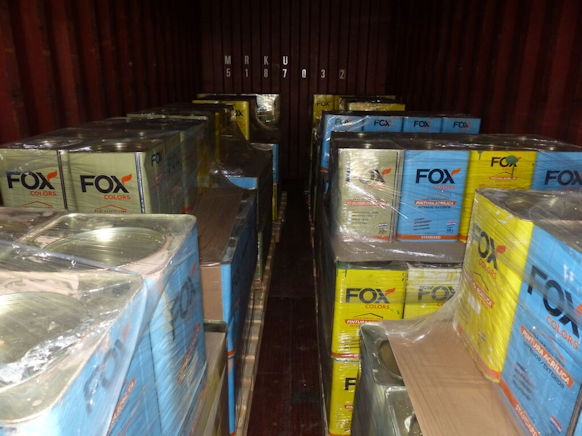 Germany’s 16 metric ton seizure comes amid skyrocketing cocaine flows into Europe (Photo: German Customs)The discovery, which took place on February 12, came after the Paraguayan shipment was labelled as suspicious by a preliminary risk analysis, leading to a manual search. The shipment’s listed recipient was a 28-year-old man living in Vlaardingen, in the Netherlands, whom European authorities immediately began investigating.

This led to a second discovery - a shipment arriving at the port of Antwerp from Panama on February 21, with the same man listed as the recipient. Belgian law enforcement searched the 11 containers and found some 7.2 metric tons of cocaine in one of them.

The man, identified by Der Spiegel as “Atif S.”, the head of a Dutch logistics company, was arrested on Wednesday. Authorities believe both shipments were ultimately bound for the Netherlands.

These two seizures combined have netted over 23 metric tons, surpassing the world’s largest ever cocaine bust: the 1989 Sylmar seizure in the US that found 19.4 metric tons of cocaine in a Californian warehouse.

Referring exclusively to the German bust, Hamburg customs official Rene Matschke told AFP "[w]e are estimating a street sales value of between 1.5 billion and 3.5 billion euro (US$1.8 billion and $4.2 billion)”. The higher number is over 11% of Paraguay’s GDP last year.

Based on the Hamburg figures, the Belgian bust can also likely be valued at 1 billion euro. It will not, however, beat the record 11.5 tons seized in Antwerp mere months ago.

Put simply, cocaine is saturating Europe like never before. As stated in the latest EU Drug Markets Report, for years purity has been steadily rising, wholesale and retail prices have been steadily falling and burgeoning consumption has opened new frontiers in eastern countries.

Transit is also thought to be increasing, as the stimulant flows through Europe towards nascent markets in the Middle East and Asia, and so is domestic refining, with Colombians having been arrested last year helping European crime syndicates turn smuggled coca paste into powder.

As for the alleged drug importer “Atif S.”, it is unknown whether he is a formal member of any organized crime group. It is entirely possible he is one of a growing number of freelance drug brokers, intermediaries and logistics experts hired by syndicates to ensure supply chains run smoothly.

If not, then his name would suggest membership of a Moroccan or Dutch-Moroccan crime group, who after starting as low-level cocaine retailers in Belgium and the Netherlands have risen to control a significant portion of the regional wholesale and distribution market, according to the EU Drug Markets Report.