El Chapo’s Wife Arrested in US 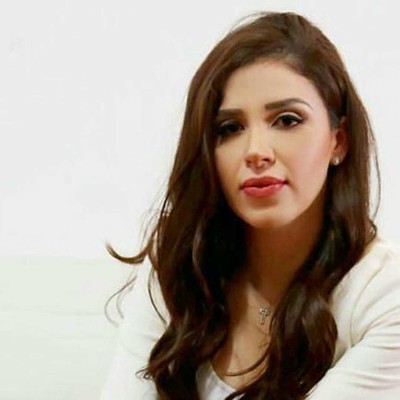 Both Coronel’s father and brother were allegedly also members of Guzman’s Sinaloa cartel. (Photo: Jeso Carneiro, Flickr, License)“According to court documents, [Coronel] Aispuro is charged with participating in a conspiracy to distribute cocaine, methamphetamine, heroin and marijuana for importation into the U.S. Additionally, Coronel Aispuro is alleged to have conspired with others to assist Guzman in his July 11, 2015 escape from Altiplano prison,” the DoJ statement said.

Coronel is a dual U.S.-Mexican citizen, but made her home in Mexico’s Sinaloa state, where Guzman once ran his infamous Sinaloa Cartel from. She is Guzman’s fourth wife, and married the now 63-year-old crime boss in 2007, while still a teenager.

According to the DoJ statement, she has been charged with trying to bring in over 1,000 kilograms of marijuana into the United States.

Both Coronel’s father and brother were allegedly also members of Guzman’s Sinaloa cartel.

“Coronel knows and understands the Sinaloa Cartel is the most prolific cartel in Mexico.” FBI agent Eric Mcguire said in an affidavit in support of a criminal complaint against her. “Coronel was aware of multi-ton cocaine shipments, multi-kilo heroin production, multi-ton marijuana shipments, and ton quantity methamphetamine shipments. Coronel understood the drug proceeds she controlled during her marriage to Guzman were derived from these shipments.”

However she first came into the public eye during Guzman’s trial.

“She was the most noticeable and public of Chapo’s four wives and her role as her partner, especially in media-positioning grew over the years,” Alejandra Ibarra Chaoul, Author of El Chapo Guzman: Trial of the Century, told the OCCRP on Thursday. “Emma Coronel Aispuro definitely played an important role during Guzmán Loera’s trial. She knew that media attention would be on her and she managed reporters well.”

According to Ibarra “She only gave interviews to reporters pre-approved by her husband and was always on brand: well-dressed, going into court like a celebrity, but keeping a low profile during the hearings.”

“When Guzmán Loera was accused of illegally trafficking heavy weapons into Mexico, she brought in her twin daughters to present her husband as a father and family man,” she added.

However, According to Mcguire, Coronel was also the go-between for Guzman and other members of his organization as they planned his escape from Altiplano prison.

She is far from the only member of Guzman’s family to have been allegedly involved in his criminal empire.

Four of Guzman’s sons from his past marriages are alleged drug smugglers and the attempted arrest of one, Ovidio, by Mexican authorities led to a massive shootout.

Whether Coronel was truly another accomplice in the Sinaloa cartel or just another of Guzman’s victims is a complicated question though.

“It’s hard to judge her in extremes: either as a hard, strategic criminal or as an entirely disenfranchised victim. Reality is most probably more nuanced and something in between,” Ibarra said.

“Chapo is more than 30 years older than her and she was born into a family of drug-traffickers in a small impoverished town in the mountains of Durango, where Guzmán Loera was already a de facto authority figure. By the time they met, when she won a local beauty pageant, his attention on her must’ve been an honor,” she explained.

“Truth is she depended on Chapo economically,” Ibarra said. A court document leaked during Chapo’s trial revealed that he had raped other girlfriends and  that he was a violent man. “He also controlled local police forces and an unofficial personal army. Even if Coronel Aispuro wanted to flee or leave, how could she?” she added.