Reporters Without Borders (RSF) called on the international community to press Chinese authorities to immediately release seven journalists who were arrested for reporting on the COVID-19 outbreak in Wuhan a year ago. 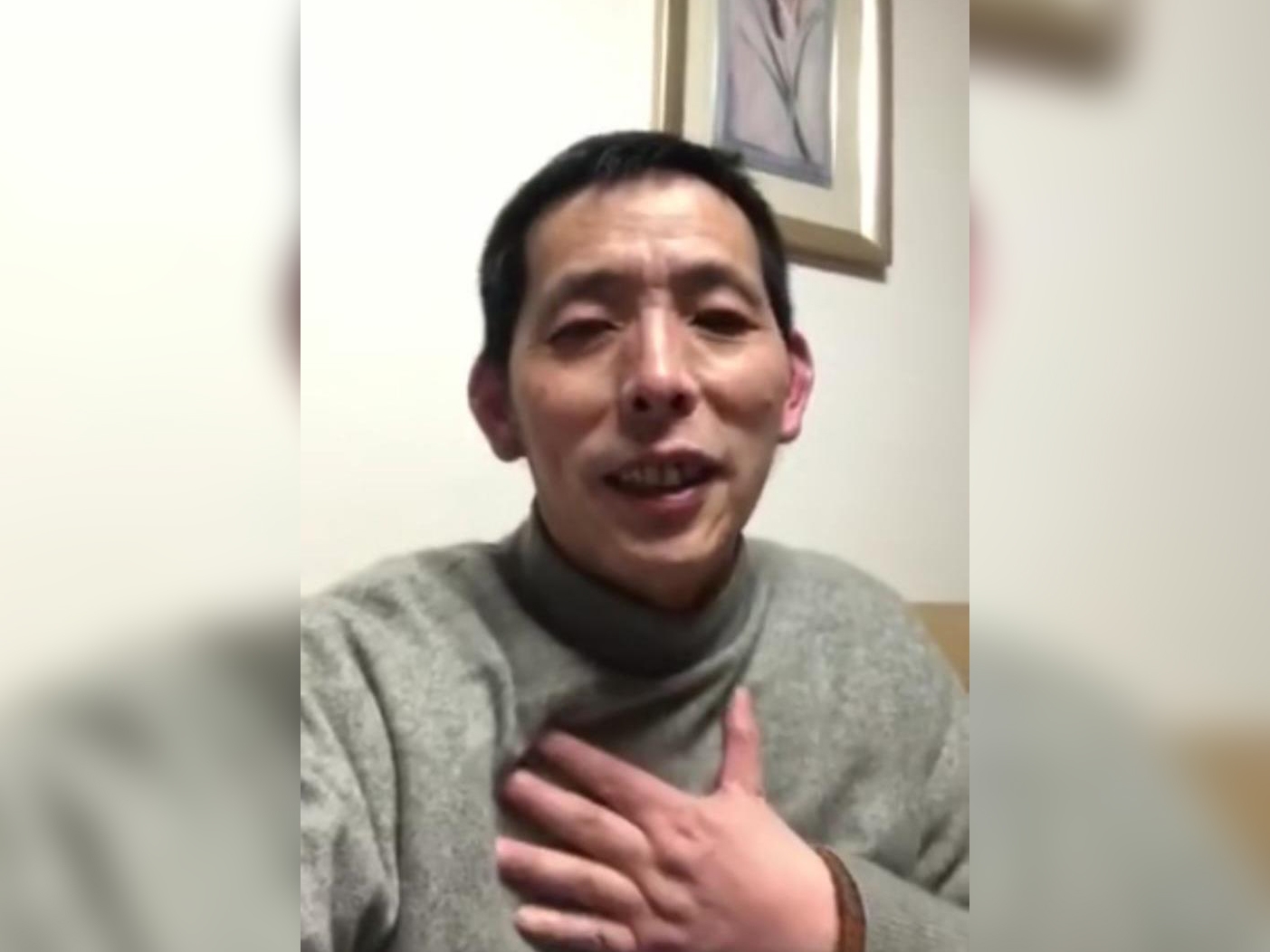 Chinese journalist,Fang Bin, disappeared soon after reporting on oversaturation of hospital in Wuhan last year. (Photo: Rthk.hk)“Informing the public on this unprecedented health crisis is not a crime! These journalists should never have been arrested,” the head of the NGO’s East Asia Bureau, Cédric Alviani, said in a statement on Monday.

Zhang Zhan, a 37-year old reporter sentenced to four years in prison for “picking quarrels and provoking trouble,” disappeared in March after travelling to Wuhan the month before to report on the outbreak.

She reported directly from the epicentre on the detention of other independent reporters and the harassment of families of victims seeking accountability, according to a statement by a Chinese NGO at the time.

Shortly after her sentencing in December, the UN Human Rights Office said it was “deeply concerned” by the ruling, adding that it has “raised her case with the authorities throughout 2020 as an example of the excessive clampdown on freedom of expression linked to #COVID19 & continue to call for her release.”

Zhan, who went on hunger strike shortly after her detention, is one of only two other journalists that have been tried and convicted since their arrest a year ago.

Ren Zhiqiang, a 69-year old political commentator detained for reporting on the failures of the regime in their handling of the pandemic, was sentenced to 18 years in prison on “corruption charges” last September.

Zhiqiang’s sentencing, like Zhan’s, was widely condemned, and seen as an attempt to silence dissent.

“The 18-year sentence handed down to a Communist Party member and member of the economic elite shows the grim environment for speech in China,” Human Rights Watch’s China researcher, Yaqiu Wang, said in a statement that called for authorities to “immediately quash” the sentence.

While others arrested for “subversion of state power," by reposting censored COVID-19 news articles and exposing the chaos in Wuhan’s hospitals await trial, one journalist, Fang Bin, remains missing.

Bin was “forcibly disappeared” last February after reporting on hospital oversaturation in Wuhan, according to a Human Rights Watch statement, which called for his “immediate and unconditional” release along with five other activist and citizen journalists.

To this day, his whereabouts remain unknown.

The Chinese regime is the “world’s biggest captor of journalists,” with at least 119 press freedom defenders detained, many in conditions that pose a threat to their lives, according to RSF, which ranked China 177th out of 180 on its 2020 World Press Freedom Index.