TI: Most Defence Companies in The World Do Little to Combat Graft

Transparency International revealed on Tuesday that nearly three quarters of the world’s largest defence companies show minimum or no commitment to tackling corruption, wasting this way huge amounts of the nearly US$2 trillion of public money spent only in 2019 on militaries. 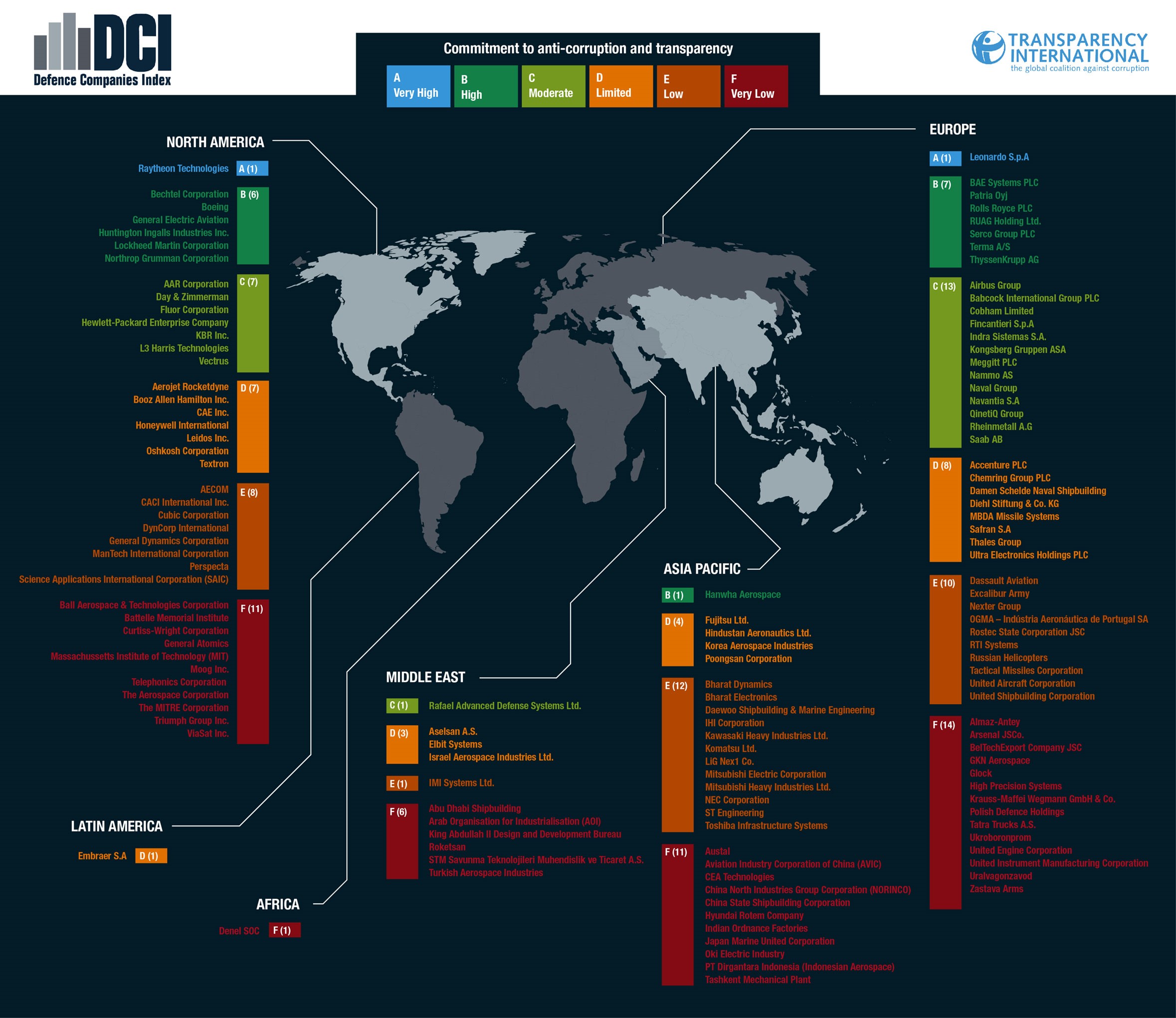 Transparency International warns that most defence companies in the world do little to combat graft. (Photo: TI DCI)Transparency's Defence Companies Index on Anti-Corruption and Corporate Transparency (DCI) showed that only 16 of the 134 companies assessed received a top ‘A’ or ‘B’ ranking, demonstrating a high level of commitment to anti-corruption, 44 got ‘C’ or ‘D’ marks, meaning they showed moderate or limited commitment, while 74 ended up in the ‘E’ and ‘F’ groups described as firms with little or very little commitment.

A TI press release said that “of the 36 companies that scored a ‘C’ or higher, 21 are based in Europe and 13 in North America.”

The report explained that many companies score well on the quality of their internal anti-corruption measures, but “because most companies publish no evidence on how these policies work in practice, it is impossible to know whether they are actually effective.”

Transparency International underlined that the “defence industry is a prime target for corruption because of the vast amount of money involved, with global military expenditure in 2019 estimated at more than US$1.9 trillion, the close links between defence contracts and politics, and the notorious veil of secrecy under which the sector operates.”

She warned that much more needs to be done, as nearly three quarters of defence companies failed to reach grade ‘C’.

“Given the well-established link between corruption and conflict, failure to do this will cost lives,” Hogg stressed.

The report also warned that the impact of corruption in the arms trade is particularly serious and that “the value of defence contracts means that huge amounts of public money can be wasted, instead of being spent on essential services.”

Corruption perpetuates conflict and when troops are ill equipped lives are lost while corrupt officials use the ill-gotten money from defence deals to strengthen their personal positions and undermine democracy, TI explained.

Hogg called for greater transparency and disclosure, adding that companies that improve both the quality and transparency of their anti-corruption efforts “will see they are not only helping reduce human suffering but also aid to the promotion of the rule of law, which will benefit companies wishing to do their business in a clean way.”