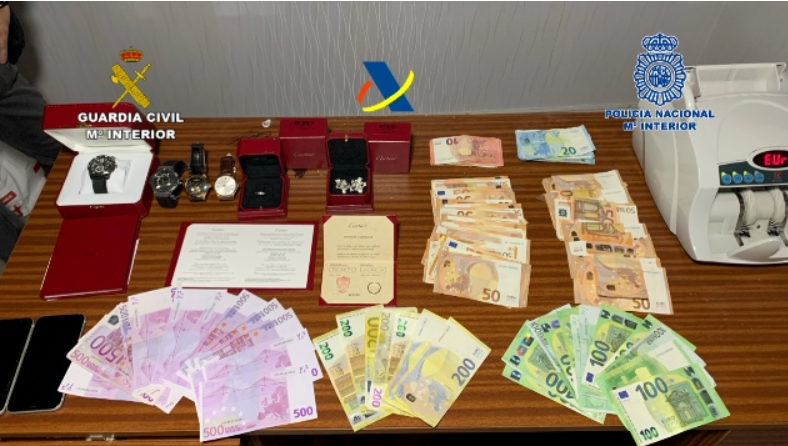 Chinese organized criminal groups such as so-called Triads and Tongs have been proliferating across Europe in recent years. (Photo: Guardia Civil)More than half a metric ton of marijuana, two kilograms of methamphetamines, US$200,000 and several luxury vehicles were seized in a series of raids, the statement said.

“This dismantled group was hierarchical and had a high degree of specialization and professionalism,” explained the Guardia Civil. “It was structured in networks in charge of mass cultivation in "indoor" plantations in large industrial warehouses and isolated homes, and others in charge of packaging and shipping abroad through parcel companies.”

Police began investigating the group after discovering one of their shipments in 2018.

The operation was only the latest bust against Chinese organized criminal groups, which have been proliferating around Europe over the past decade.

Throughout an influx of Chinese immigration over the last century, traditional criminal groups such as the Triads have emerged. They maintain their strong connections to East Asia, while new, Europe-grown competitor groups have established themselves in the blossoming Chinese immigrant communities.

The new groups have become heavily involved in the drug trades in the Benelux countries and elsewhere in Western Europe, such as Italy, Spain and Germany, according to a European Parliament report on Asian organized crime in the EU.

According to the Guardia Civil, the groups are increasingly difficult to detect. “These organizations adopt a high degree of opacity and secrecy in the communities and areas where they settle, trying to go unnoticed and making it difficult for the different police forces to detect them,” the statement said.