When Italian police raided Club Bojue in May of 2013 they discovered a den of drugs, illegal gambling, and prostitution.

Inside the nightclub, based in the heartlands of Italy’s textile industry, officers found trays with carefully cut lines of ketamine for partiers, along with wet wipes to clean their noses.

As police swept through making arrests, they discovered several young women had stashes of ecstasy and ketamine hidden in bags and clothing. Some of the club’s staff were working as prostitutes.

Bojue, which means “Count” or “Earl” in Mandarin Chinese, was located not in Milan or Rome but Prato, the Tuscan hub of Italy’s fast-fashion industry and home to one of the largest Chinese communities in Europe.

Three years before, two men had been shot dead outside a diner near Prato’s Chinese quarter. One of them, Hao Liang, was linked to another deadly gangland shooting earlier in 2010, which police believe was part of a battle to control various illegal businesses.

Phone wiretaps, put in place by prosecutors after the shootings to monitor Prato’s Chinese underworld, revealed that the Italian owner of Bojue, Stefano Massai, was in fact running the club for one of Europe’s most prominent Chinese organized crime groups.

Recordings led the police to discover the venue was in fact controlled by close associates of Zhang Naizhong, a crime boss nicknamed “The Black Man” who is known to Italy’s law enforcement for his god-like status in the Chinese underworld.

Judges in Florence say Bojue was among several nightclubs Zhang’s group used to run their gambling, drug trafficking, and prostitution businesses. The gangsters then allegedly used their illicit profits to build a network of transport companies to control the movement of goods from Chinese-owned businesses in Europe.

Zhang and 32 members of his group were arrested in January 2018, accused of belonging to a mafia-type organization. They were released after the Tribunale della Libertà, which reviews pre-trial detention in the case of serious charges, and the Court of Cassation, which decides on the legitimacy of other courts’ decisions, said there was not enough evidence to justify keeping them behind bars. But Florence prosecutors still hope to bring a case against the alleged boss and dozens of his associates for being part of an organized crime group.

Zhang is also fighting usury charges in Prato, where he is accused of lending money at extortionate interest rates. He remains free as the trial is ongoing. A lawyer for Zhang declined to comment for this article.

Credit: Claudio Giovannini/EPA-EFE/Shutterstock Policemen check merchandise during an operation against the Chinese mafia in Prato, Italy, in January 2018.

‘Worshipped as a God’

Most of the Chinese immigrants in Europe, including Italy, emigrated from the eastern region of Zhejiang after China began to open its borders in the late 1980s. Many settled in Prato as the home of Europe’s textiles industry, much of which is now run by Chinese companies that make cheap clothes for export across the continent.

Stefano Becucci, professor of Sociology at University of Florence, said Chinese organized crime has been operating in Italy since the 1990s, smuggling people and trafficking drugs, but Italian law enforcement has struggled to investigate them.

“All the crimes are done within the Chinese communities, mainly from Zhejiang. This makes investigations harder,” he said. “Over 30 years, there have been only a handful of non-Chinese victims out of hundreds of violent acts. And only a few agents speak the Zhejiang dialect.”

Becucci said the case against Zhang and his associates shows the business model of Chinese organized crime in Italy is changing. Prosecutors allege the group has expanded from drugs and prositution and is now seeking to corner the market for trucking Chinese-made goods, allowing them to transport counterfeits around the EU.

Italian police say Zhang is “well known” to law enforcement in several European countries, particularly in France. The wiretaps hint at how the crime boss ran his businesses. 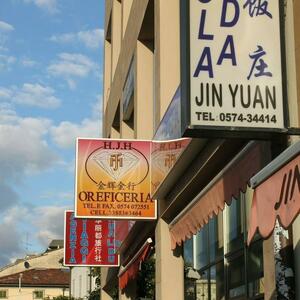 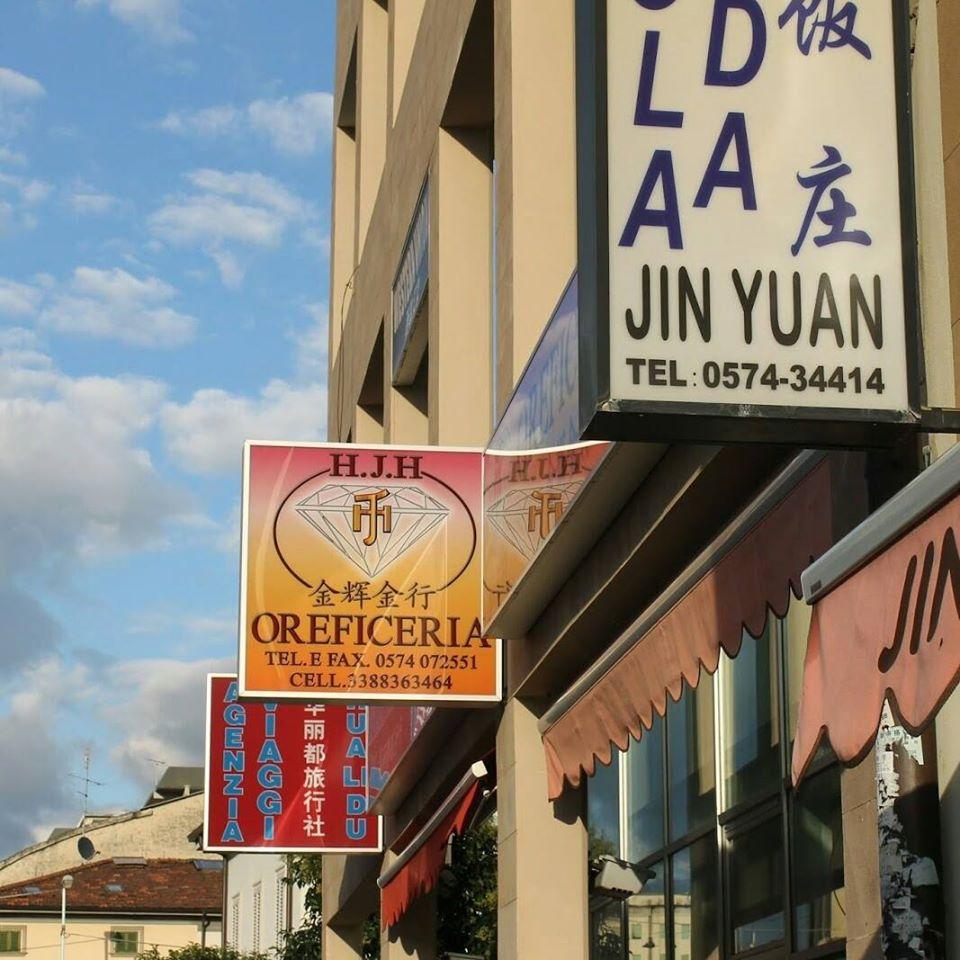 In one, he said the “brothers” who work with the gang “are happy because they can earn money, while we always just take a little part away from them.” In another, he describes the absolute loyalty he demands from his colleagues.

“To see if a brother is faithful cannot be based on words. … He must be willing to go to prison and kill people,” the crime boss said, according to a transcript.

Weng Deshun, the owner of French logistics firm Eurotrans International, told Italian police that Zhang’s gangsters assaulted him and shot his former business partner in the legs in an unsuccessful bid to drive them out of business.

In the November 2017 arrest warrant, Italian judge Alessandro Moneti described how the mere sight of Zhang was enough to scare businessman Bao Wenou into selling shares in his Prato-based transport company, Liantong, to the crime boss for a bargain price.

“Being known and accompanied by his reputation of being a mafioso, Zhang generated an irresistible sense of fearful respect by his mere presence,” Moneti wrote in the warrant, issued by the Tribunal of Florence.

“We have hard evidence that the Chinese mafia exists in Tuscany, like the Nigerian mafia. Here in Tuscany the clan’s leader was worshiped as a God,” he said.

“Indeed, every day, in front of his house, there were long lines of cars where drivers would get out of the car just to kiss Zhang’s hands.” 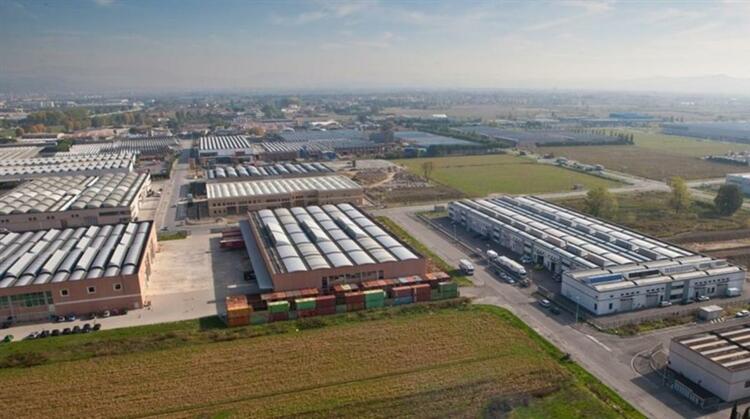 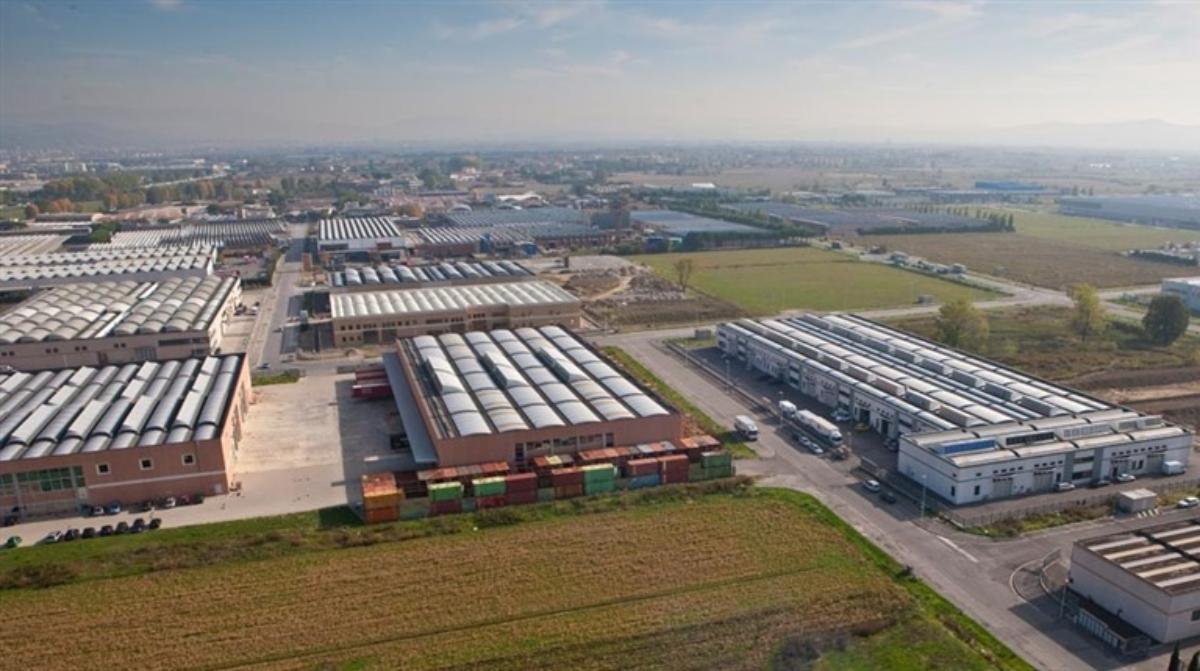 Credit: The CIty of Prato Textile factories in Prato, Italy.

Court documents say the nucleus of the gang’s network is Rome-based transport company Euro Anda SRL, with branches run by front men in Paris in France, Neuss in Germany and Madrid and Barcelona in Spain.

In 2013 Euro Anda was bought by transport company Interlogistica SRL, which is 60 percent owned by alleged Zhang frontman Wang Wei. The rest is owned by Shah Nawaz Chaudhry, 44, who was born in Pakistan and is now living in Rome.

Neither man could be reached for comment. Their lawyer declined to add anything, saying she “has no contact” with them.

Zhang’s gang is accused of smuggling counterfeit Gucci, Fendi, Prada, and Dolce&Gabbana goods imported from China around Europe. Italian Judge Moneti wrote in the 2017 arrest warrants that this side of the business “deserves deeper and specific investigation.”

Business was clearly lucrative. When Zhang was arrested, police seized four companies, two apartments and eight vehicles — including a Porsche Cayenne, four Mercedes and a Ducati Monster — as well as freezing dozens of bank accounts. A judge said the profits were invested in “expensive items in demand in China” such as rhino horn, an illegal and expensive ingredient used in some traditional Chinese medicines.

But Interlogistica was unfrozen after Zhang and his associates were released, and OCCRP’s investigation shows it is still active.

Zhang’s son, Zhang Di, 37, also founded two companies in Rome three months after he was released in 2018. One is holding company Decho Immobiliare SRL, whose other shareholder is Zhang Di’s wife, Guan Mengxia.

A lawyer for Zhang Di said her client “did not want to make a statement” about the case.

The second is an international transportation company called Elt Express SRL, which the Italian chamber of commerce says transports goods on a national and international level. Zhang Di owns it with Miao Ruojun, who Italian police say is married to one of Zhang Naizhong’s most trusted associates, Pan Zuoxin.

Pan was allegedly involved in a shoot-out in front of the Rheinpark-center mall in Neuss, Germany in September 2007. The gangs fired 22 shots but no one was wounded, according to a German police report cited by Italian police. Pan declined to comment through a lawyer.

Italian police believe the attacks in Neuss and the threats against Weng Deshun in France are part of a strategy by Zhang’s group to smash its competitor, Eurotransport, in those markets.

“It is clear that these are criminal strategies aimed at taking control of the transport sector using the force of intimidation,” wrote Italian prosecutors, citing “numerous criminal episodes that have occurred” to the owners of competing firms in France.

In Germany, they said Zhang’s group had managed to create a “monopoly over the transport sector” more easily, “on the basis of the Neuss shooting alone.”

German police declined to comment on Zhang’s gang, but said there have been “three cases brought against Chinese-dominated organized crime groups in the area of tax and customs offenses as well as one case in the area of crime in connection with nightlife in Germany.”

French and Spanish police did not respond to requests for comment.