During its last week in office, the Trump administration effectively suspended sanctions imposed against controversial Israeli mining tycoon Dan Gertler, who allegedly made a fortune from corrupt deals in Congo, according to the anti-corruption group The Sentry, citing leaked documents. 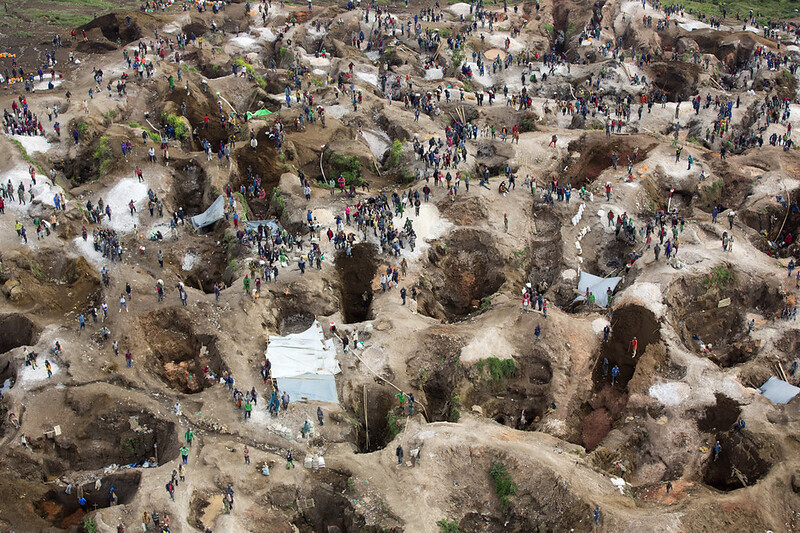 Congolese Cobalt is the foundation of Dan Gertler’s mining empire. (Photo: MONUSCO/Sylvain Liechti, Flickr, License)Just five days before a new president was inaugurated, the Director of the U.S. Treasury Department’s Office of Foreign Asset Control (OFAC) authorized a one-year licence that both allows the billionaire and his companies to resume transactions with U.S. based-entities and unfreezes all Gertler’s U.S. assets, reported The Sentry, an investigative and policy team that seeks to prevent African war criminals and their business networks from abusing the international financial system.

The Treasury Department initially sanctioned Gertler in December of 2017 for amassing “hundreds of millions of dollars” from “corrupt mining and oil deals in the Democratic Republic of Congo (DRC),” and expanded the sanctions under the U.S.’s Magnitsky Act in July 2018.

Gertler is accused of using his close friendship with then DRC President Joseph Kabila to obtain underpriced mining permits, which he in turn sold at market value, depriving the country’s treasury of over US$1.36 billion between 2010 and 2012.

The magnate responded in October 2018 by gathering a high-profile lobbying team, including a former federal prosecutor, a former FBI director and Alan Dershowitz, a lawyer who represented Donald Trump during his first impeachment,the New York Times reported.

Margot Mollat du Jourdin, a Global Witness Campaigner, called the move “an outrage,” noting that Gertler’s 2017 sanctioning was a “significant win for mining transparency and global anti-corruption efforts,” and that the latest move represents a “major blow to the integrity of the U.S.’s sanctions regime”.

Sasha Lezhnev, Deputy Director of Policy at The Sentry said it “sends a message to the world’s most corrupt businesspeople that the U.S. will let them walk free after a bit of lobbying”.

The reversal is particularly provocative given a recent investigation by Global Witness and The Platform to Protect Whistleblowers in Africa, which found that Gertler evaded U.S. sanctions via an international money laundering network that funnelled millions of dollars abroad, while helping him retain his allegedly corrupt access to the DRC’s mining sector.

Using Congolese proxies, Gertler acquired new mining permits, continued doing business with major multinationals and received millions of euros from commodities giant Glencore, all while being under U.S. sanctions, according to the report.

NGOs have called for the Biden Administration to immediately revoke the licence.