The Mexican National Guard seized almost 84,000 fentanyl pills and nine kilos of crystal meth in what began as a routine traffic stop in Ahome, Sinaloa, according to an official statement issued on Wednesday. 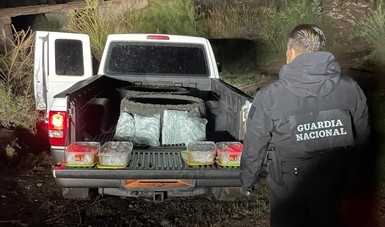 Officers were attempting to stop a man driving a pick-up without a front license plate on Culiacán-Los Mochis international highway. The suspect ignored the authorities’ order to pull over and began to flee.

The chase continued for some distance down the highway until the driver pulled onto a dirt road, where he lost control of the vehicle and crashed into a ditch. The suspect then ran from the scene, leaving the truck behind with its illicit cargo to be recovered by the officers.

The meth was discovered concealed in four containers beneath the seats, while the pills had been concealed underneath the vehicle upholstery.

An investigation into the suspect’s whereabouts remains ongoing.