Authorities in Spain have arrested 23 alleged members of a Russian-speaking conspiracy to infiltrate public institutions and launder proceeds from criminal enterprises involving murder, extortion, and drug, arms and human trafficking in several countries around the world. 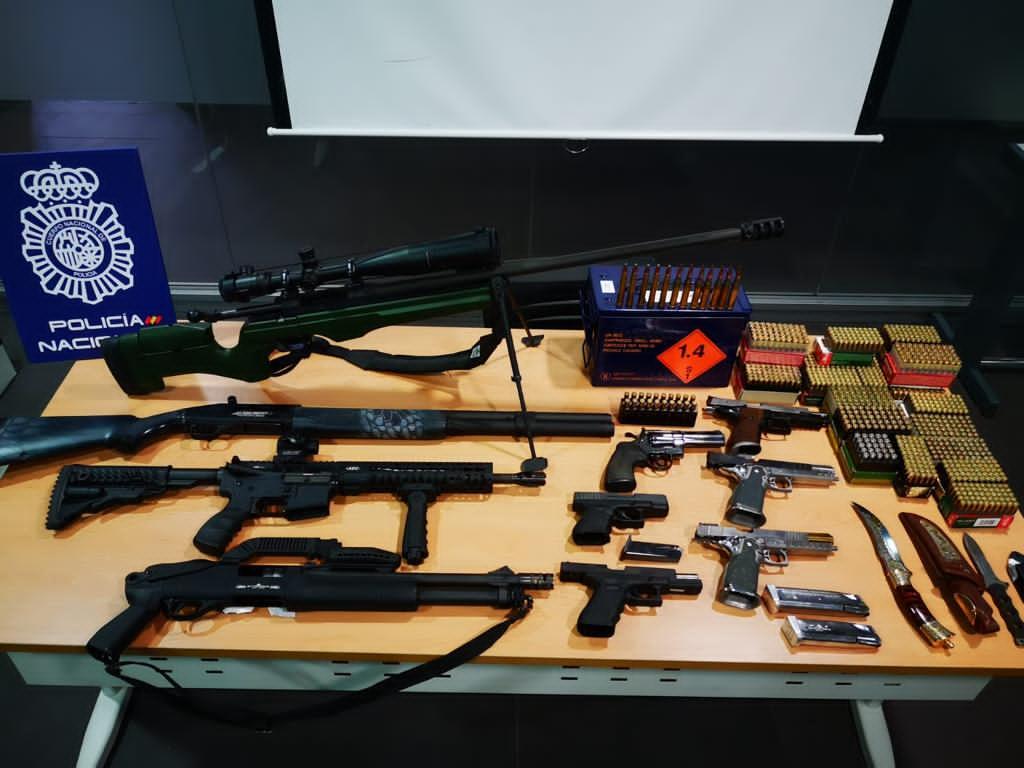 In a series of raids, police seized a dozen high-powered weapons including a sniper rifle and two combat shotguns. (Photo: Europol, License)The sting, announced on Thursday as part of a joint operation between the National Police and Europol, marks the end of a seven year investigation, and has been described as the largest action of the decade against top-level, Russian organized crime in Spain.

In addition to the arrests, police also conducted raids on 18 residences in Alicante, Madrid, Tarragona and Ibiza, seizing a further 23 properties in addition to 16 high-end vehicles and a trove of diamonds.

Officers also seized bank safe deposit boxes, €329,000 (US$400,000) in cash and virtual wallets containing cryptocurrency, as well as almost a dozen high-powered weapons including a sniper rifle and silencer, combat shotguns, an assault rifle and caches of ammunition.

The identities of those detained have not yet been publicly disclosed. The top managers of the alleged organization are reportedly among those arrested.

According to a statement from the Spanish National Police, the probe began in 2013 when investigators noted that the Russian mafia appeared to have intensified its investment in Spanish businesses, targeting nightclubs, restaurants, industrial holdings and real estate in coastal areas, as a means of laundering criminal proceeds from abroad.

Active across Europe, South America and the United States, the alleged enterprises behind those investments revealed ties to some of Russia’s most powerful organized criminal syndicates, including a number of “thieves-in-law” — figures of the highest authority within the Eastern European underworld.

To secure their laundering operation, the detainees had reportedly “deployed a powerful client network within the Spanish administration, achieving a perfect infiltration in the institutions,” of that country to “carry out their business with impunity.”

Peddling influence and paying bribes under the guise of philanthropic public contributions, “both to facilitate their money laundering operations… and achieve a series of administrative favours,” they were able to “protect themselves from police and judicial investigations,” according to the statement.

Such was the level of the alleged conspiracy’s penetration of state institutions that the investigation which eventually saw them caught “had to be carried out with the utmost reserve, due to the danger of leaks.”