Terrorist and organized crime groups are spreading misinformation and conspiracy theories about the coronavirus pandemic in order to erode people’s trust in government or spread their ideology and gain more supporters, the UN warned in a report published this month. 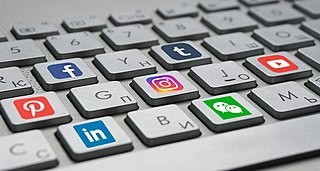 The goal is to erode trust in the state for whatever purpose, according to the UN. (Photo: Today Testing, Wikimedia, License)“Terrorist, violent extremist and organized criminal groups have maliciously used social media to disseminate conspiracy theories about the origin of COVID-19,” the United Nations’ Interregional Crime and Justice Institute said in its latest report.

Those conspiracy theories usually attribute the origin of the virus to governments, religious or ethnic groups, secret networks, companies or businessmen who, according to such interpretations, are trying to push through secret agendas such as globalist depopulation, the control of the world or the generation of financial incomes through the sale of already produced vaccines and drug treatment, the document said.

While the different groups push such a variety of different conspiracy theories, the overarching theme is that the governmental responses and policies relating to the pandemic are the work of outside forces, such as business leaders or religious and ethnic minorities, all involved in some secret cabal devoted to taking power or control over the average citizen.

The goal is to erode trust in the state for whatever purpose, according to the UN.

The report pictured some blatant, pro-fascist propaganda, in which certain far-right groups, mostly using the Telegram application, openly call on their followers to intentionally “spread the flu,” in some cases “among Jews,” or among minority groups in their communities.

While both far-right and islamic terror groups, such as Eco-Fascist Central or the groups associated with the Islamic State in Iraq and the Levant (ISIL or Da’esh) or Al-Qaeda, have also long been known to engage in disinformation campaigns, organized crime tends to stand apart.

“Organized criminal groups are engaged in illegal activity not for ideological reasons but rather for profit,” said the UN.

“Above all, narco cartels in Mexico such as the Gulf Cartel and the Cartel Jalisco Nueva Generación (CJNG), and criminal organizations in Italy, such as Cosa Nostra and ‘Ndrangheta have been active in the misuse of social media,” read the report.

In times of crisis, organized criminal groups such as the Italian mafia have long presented themselves as bastions of stability when the state fails, but that stability comes at a far steeper price.

“These criminal groups often need to build the image of a sort of ‘state within the state,’ able to provide aid and support to the local community and, at the same time, discourage any form of criticism and dissent through intimidation and violence,” according to the UN.

In that regard, as the world organizations added, the COVID-19 crisis represented an “excellent opportunity to reinforce this rhetoric and promote the idea that, in the moment of emergency, criminal groups can replace the government and perform its role.”

Their main goal, if such a situation ever happens, “is not to protect the local population but rather to protect their criminal interests,” the UN said.

It also warned about a possibility that the “corrosive action of these violent non-state actors will not be limited to the present crisis, but will continue during its aftermath, as terrorist, violent extremist and criminal groups will seek to influence post-COVID-19 policies for their own benefit.”