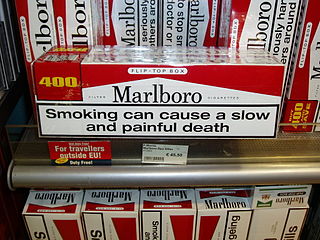 Former business partner of Swiss tobacco giant Philip Morris International accused the company of steeling his intellectual property. (Photo: Wikimedia, License)Philip Morris International “has stolen, copied, communicated and/or transmitted the EPS methodology and intellectual property, or caused it to be stolen, copied, communicated and/or transmitted, to MSI’s competitors,” reads a complaint seen by OCCRP, filed in the state of New York earlier this month by Raoul Setrouk, an Israeli businessman who’s worked with the company for 25 years.

The case cracks open new allegations linked to decades of PMI’s questionable business practices. The complaint says the company smuggled its cigarettes into Libya despite US sanctions, harvested and insecurely stored personal data on IQOS users, and manipulated survey data that Setrouk’s firm collected to obscure its own contraband.

It also raises the specter of one of the world’s biggest multinational companies having obtained NSO technology - attackware used to remotely surveil smartphones. The complaint alleges PMI worked closely with a company known to distribute NSO, and may have obtained the software as a part of their dealings.

The plaintiff said the company used the technology for its “strategic ends” but did not specify what they actually did with it.

Setrouk knows contraband tobacco. His company, MSIntelligence, uses a variety of methods to quantify illegal cigarette consumption in over a hundred countries, from Mexico to Algeria.

That survey data has formed the backbone of widely-cited reports on worldwide cigarette contraband, some used by European regulators.

PMI for years contracted KPMG, one of the big four accountancy and auditing firms, to produce its own reports based on Setrouk’s data. However, he claims, PMI made KPMG tweak a recent report to conceal the presence of PMI’s involvement in contraband.

That report was used to influence policy. “KPMG’s purportedly “independent” report is broadly shared with governmental authorities and NGOs in furtherance of the fight against illicit tobacco,” reads the complaint.

The data KPMG omitted was survey results suggesting that the Swiss company’s cigarettes were being smuggled in massive quantities into France in 2019.

This wasn’t the only time PMI tried to manipulate Setrouk’s findings. The complaint details how PMI repeatedly tweaked his data in Latin America to obscure its contraband and achieve political goals.

Tobacco control activists have long raised suspicions about KPMG’s widely-used findings, criticizing their methodology and proximity to the industry.

PMI has a history of smuggling and manipulating regulators. In the early 2000s, the company faced a massive lawsuit from the European Commission over facilitating the widespread smuggling of its cigarettes into the EU -- following a similar lawsuit in the US.

PMI settled the European lawsuit for $1.25 billion. But the story didn’t end there. While PMI claims to have cleaned up its act, OCCRP has found that the company, along with other major tobacco firms, have captured crucial regulations in the EU designed to stop them from smuggling. The European Commission and member states now rely on proprietary software developed by Philip Morris to police contraband in the EU.

Tobacco control experts are critical of this setup. WHO officials likened it to a “fox guarding the henhouse.”

And Setrouk’s complaint is clear: the company is still at its old games. It indicates that “most of the contraband and smuggled products found in European countries or in conflict zones” originates from PMI and its partners.

Citing Algerian press reports, it alleges that PMI is knowingly manufacturing cigarettes for the illegal export market in that country -- production that costs French tax authorities up to 500 million euros each year.

"The objective of our proceedings against Philip Morris is twofold. On the one hand, we wish to obtain justice, but we also intend to highlight the involvement of top management in the practices of Philip Morris,” Setrouk told OCCRP.

When it comes to combating the illicit trade in cigarettes, “there is no company which does more – and that’s been the case for decades,” the email read.

“It is well understood that illicit trade is a scourge on society and the economy. It harms consumers by exposing them to unregulated products, deprives governments of tax revenue; moves through channels utilized by criminals for many types of criminal activity; and damages legitimate businesses – including our own,” it said.

PMI said it invests significantly in supply chain controls, implements “state of art track-and-trace technology,” conducts thorough due diligence on all customers and suppliers, wors closely with law enforcement and is otherwise committed to best practices globally to ensure it is doing all it can to combat illicit trade.

The email also said that Setrouk’s allegations are related to an ongoing commercial dispute between Swiss PMI affiliate, PMP SA, and him and his company, MSI.

The two had a series of business problems, “including MSI’s loss of its key employee and Mr. Setrouk’s conviction in France on criminal fraud charges,” the spokesman said in an email. The dispute led to the termination of a contract between the two firms.

“In April 2020, PMP SA requested the competent civil court of Lausanne, Switzerland, to declare that MSI’s claims are baseless and that PMI complied with its contractual duties and obligations. Those proceedings are ongoing,” it explained.

Setrouk told OCCRP that his case is sound. "Philip Morris strategically refutes all of our points, but they also know full well that we have all the evidence for every point in our claim."