Spanish police arrested 21 suspects and seized 355 animals, dismantling a large-scale wildlife trafficking network that used couriers to smuggle reptiles across borders in personal luggage or even under their clothes, Europol announced in a statement on Thursday. 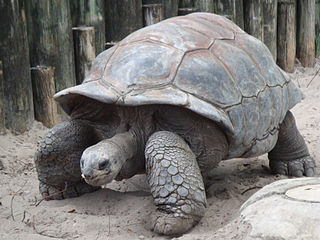 The group focused on tortoises in an effort to dominate their own corner of the market. (Photo: Childzy, Wikimedia, License)Spain’s Guardia Civil seized during the raid nearly US$1 million in assets and several firearms, including a submachine gun. Among the arrested is the suspected leader of the organization, the statement said.

The group smuggled specimens from Australia, Brazil, Mexico, South Africa and the Middle East and specialized in tortoises. In order to sell the animals on the legitimate market, the suspects used a network of veterinarians who concealed the true species of the trafficked creatures.

“This investigation uncovered a well-implemented criminal group, which abused the free circulation of persons and goods to conceal their illegal activity,” Europol explained.

The bust comes just after a recent global Interpol-coordinated operation against wildlife traffickers.