Pakistan and Bosnia and Herzegovina’s officials on Wednesday signed in Islamabad an agreement that allows the Balkan country to send back home thousands of illegal Pakistani migrants that got stuck there on their way to western Europe. 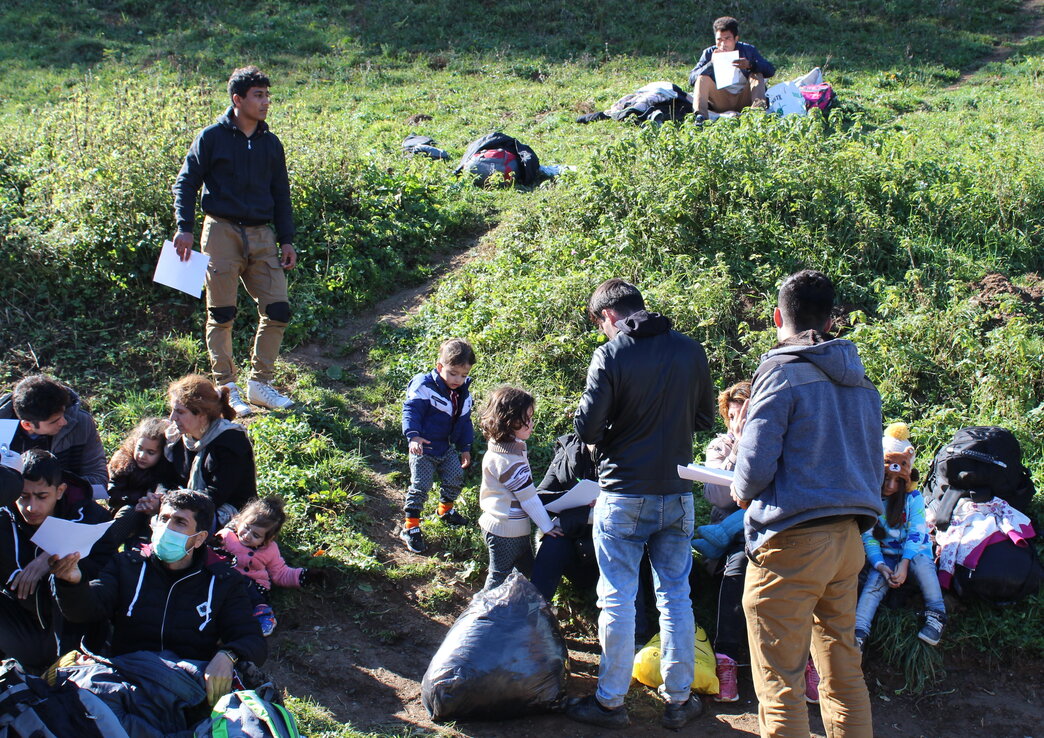 Migrants in Bosnia and Herzegovina, on their way to EU. (Photo: Z. Ljubas)The bilateral agreement on the repatriation of their citizens was signed between Pakistani Interior Minister Ijaz Shah and Bosnia’s Security Minister Selmo Cikotić. Among the 10,000 illegal migrants stuck in Bosnia on their way to the EU, nearly 3,000 are Pakistanis, according to Cikotić’s predecessor, Fahrudin Radončić.

Just like other illegal migrants, most of them arrived in Europe with human traffickers who charge the migrants thousands of U.S. dollars to smuggle them along routes passing through various countries, including Iran, Turkey, Greece, Macedonia and Serbia.

The migrants risk their lives and expose themselves to organized crime groups while seeking a better life in western and northern Europe. They get stuck in Bosnia at the border to EU member Croatia because Croatian authorities are vigorously guarding their border and forcing them back to Bosnia.

Once they are in Bosnia again, the migrants wait for a while and try to cross into Croatia over and over again in a cat-and-mouse game with the Croatian border police.

The presence of so many Pakistanis in Bosnia recently prompted a diplomatic crisis when Bosnia’s ex-security minister Radončić requested from Bosnia’s Presidency to declare the Pakistani ambassador persona non grata, accusing him of refusing to cooperate in the repatriation of his citizens. His request was rejected.

Meanwhile, Bosnian border police in April asserted that some Pakistanis have been falsely issued visas by the Bosnian embassy in Islamabad, which allowed them to cut short the large stretch from Pakistan to Europe and land at the Sarajevo airport.

Minister Shah said that Pakistan was aware of the illegal migrants problem which is caused by people’s desire to search for better economic opportunities.

“This agreement may not dissuade young Pakistani men, who are facing rising unemployment in an ailing economy, from putting their lives, liberty and meager savings on the line while trying to get to the EU via Bosnia and Herzegovina,” Pakistani legal expert Osama Malik told OCCRP Thursday.

“Nonetheless, as the deportation of these three thousand illegal economic immigrants back to Pakistan begins, it may improve the ties between Pakistan and Bosnia, which had been adversely affected by the arrival of these illegal migrants,” he said.