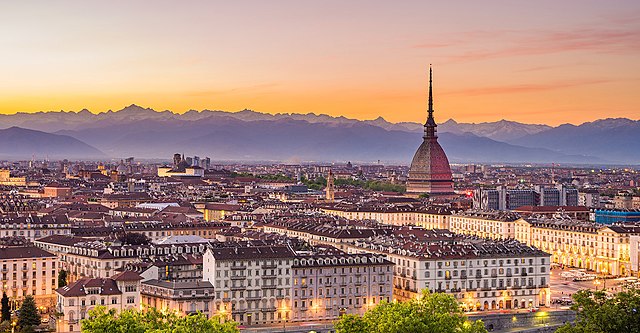 In the economic and industrial powerhouse of northern Italy, the Nigerian mafia often controls day-to-day street crimes like prostitution and drug trafficking. (Source: Wikimedia Commons)Some 200 officers targeted Boogye’s gang last week in the cities of Turin and Ferarra. The self-styled “King of Ferrara” headed the gang known as the ‘Arobaga Vikings’ or ‘Norsemen Kclub International.’

Turin has been the center of the Nigerian mafia in Italy for over a decade, Sergio Nazzaro, an Italian journalist, writer and adviser to the Parliamentary Anti-Mafia Commission, told the OCCRP on Tuesday.

Nazzaro recently published a book on Nigerian criminal organizations that have established a strong foothold in Italy. In some areas those groups have even grown strong enough to muscle out native Italian crime groups, like the Camorra, Ndranghetta and Cosa Nostra.

However, in northern Italy, the country's economic and industrial powerhouse, the Nigerian mafia often controls the day-to-day street crimes, while the more established Italian groups have their hands busy with larger scale corruption and white collar crime.

Boogye’s gang, The Vikings, were known for dealing primarily with prostitition and drug trafficking.

Apart from Turin or Ferarra, they have established a wide network, with individual cells, known as “decks” in cities across the country.

Gianluca Petragnani Gelosi, a preliminary investigations judge in Bologna, said the Vikings' goal was to expand their territory by "violently annihilating" other Nigerian crime outfits and taking over their turf.

While there is organized crime in Nigeria, Nazzaro explained that Nigerian mafia is a uniquely Italian phenomenon.

“There were criminal groups or cults in Nigeria, but they became mafias here in Italy,” Nazzaro said. “They got to know our criminal organizations here and began to move as mafia groups do. They had a teacher, a very good one, our own mafias.”