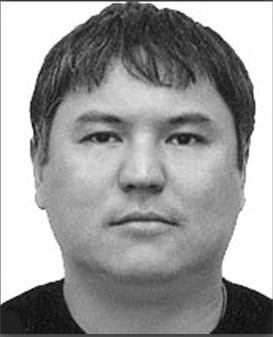 Kamchybek Kolbayev, a crowned Thief-in-Law. (Photo: U.S. Department of State, License)The State Committee for National Security (GKNB) arrested Kolbayev “in the course of the work to identify and suppress the activities of organized criminal groups.”

Some Kyrgyz politicians, according to Kyrgyz news outlet Kloop, claimed that Kolbayev was also behind some influential political parties at the country’s latest parliamentary election, which triggered political turmoil across the country.

The United States welcomed the actions of the Kyrgyz authorities to capture Kolbaev, described as a “major organized crime figure.”

“The U.S. expresses the hope that the Kyrgyz Government will prosecute and continue to detain this dangerous criminal leader in the interest of public safety,” the Bishkek-based U.S. Embassy in Kyrgyzstan said in a statement.

The embassy noted that in 2014 the U.S. State Department “offered a reward of up to US$1 million for information leading to the disruption of the financial mechanisms” of the Kolbayev criminal network.

Kamchybek Kolbayev has been called a “crowned Thief-in-Law,” a title given to kingpins of criminal groups in the former Soviet Union. The Thieves-in-Law originated in Stalinist prison camps, according to the U.S. Treasury Department.

“Its members are initiated or crowned after demonstrating an ‘ideal’ criminal biography and take an oath to uphold a code that includes living exclusively off their criminal profits and supporting other Thieves-in-Law,” the U.S. authority wrote in 2017, when it designated 10 people and two entities, including Kolbayev, as linked to the organization.

In that case, Kolbayev’s criminal network, based in Central Asia, was allegedly involved in drug trafficking, arms trafficking, human trafficking, extortion, and other crimes.

He has a long criminal history, including at least one stint in prison. In 2011, the United Arab Emirates (UAE) authorities arrested Kolbayev in Dubai, where he was found with stolen jewelry.

Soon after that, the UAE handed over Kolbayev to his home country, where he was sentenced in 2013 to three years jail for extortion, but released in 2014.

The U.S. authorities in early 2012 designated Kolbayev as acting on behalf of the Brothers’ Circle, alleging that he was engaged in bribery, and was believed to be involved in human trafficking for forced prostitution and forced labor.