German prosecutors discontinued a money laundering investigation against managers at Deutsche Bank in relation with Estonian subsidiary of Danske Bank due to lack of evidence, the Frankfurt-based German multinational investment bank said Tuesday in a statement. 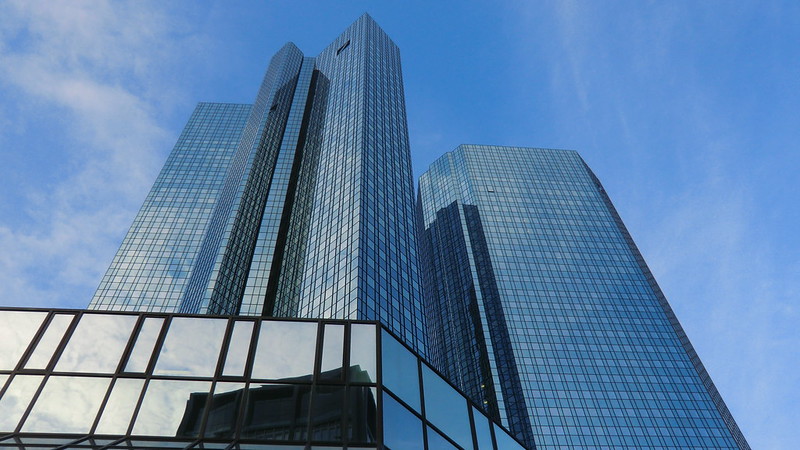 German prosecutors discontinued a money laundering investigation against managers at Deutsche Bank in relation with Estonian subsidiary of Danske Bank due to lack of evidence. (Photo: Reinhard Link, Flickr, License)“This step means that the allegations of aiding and abetting money laundering that were made against the bank have been dropped,” read the statement.

Despite closing the case, the Frankfurt Public Prosecutor's Office fined the bank €13.5 million (US$15.9 million) for its slow reporting of suspected instances of money laundering.

The fine was imposed due to the bank’s transactions conducted between 2010 and 2015, according to Deutsche Bank, which said it “terminated its relationship as correspondent bank for Danske Bank Estonia back in October 2015.”

These transactions were allegedly linked to the Azerbaijani Laundromat, which in 2017 exposed a complex money-laundering operation and slush fund that handled $2.9 billion over a two-year period through four shell companies registered in the United Kingdom.

As OCCRP reported at the time, the cash was used to pay off influential Europeans to burnish the image of Azerbaijan’s ruling elite. Danske Bank’s Estonian branch registered the accounts of all four companies as belonging to British shell companies, which auditors considered “inadequate” documentation under anti-money laundering protocol.

Danske Bank was also mentioned in the 2014 Russian Laundromat scandal.

“With the closure of these proceedings it is clear that there was no evidence of criminal misconduct either on the part of Deutsche Bank or its employees,” said member of the Management Board of Deutsche Bank, Stefan Simon, who commented on the ruling.

He argued that no allegations were made against Deutsche Bank within the investigation, “in terms of it having breached its supervision obligations or organizational duties or certain persons violating their responsibility, nor were any breaches ascertained."