A German court announced on Wednesday that former Volkswagen CEO Martin Winterkorn and four other ex-employees will face the judge for their role in the so-called ‘dieselgate’ scandal in which the car producer was caught cheating on emission tests. 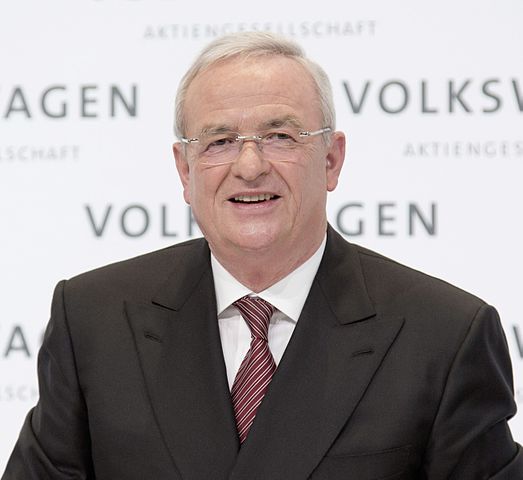 Martin Winterkorn, VW's ex-CEO, charged with fraud in dieselgate scandal. (Photo: Volkswagen AG, (CC BY 3.0))“The chamber has determined that there is sufficient suspicion, that is, an overwhelming possibility of conviction, of the accused Professor Doctor Winterkorn for commercial and organized fraud,” a regional court of Braunschweig, Lower Saxony, said in a statement.

As for the other defendants, the three-judge panel also said that “there is sufficient suspicion of commercial and organized fraud,” including tax evasion and illegal advertising.

The suspicion is based on allegations “that buyers of certain vehicles from the Volkswagen Group were misled,” about the vehicles’ condition, in particular regarding a shut-off device which the carmaker would use to manipulate engines to make them appear spewing less harmful pollutants.

“The buyers would each have suffered financial losses as a result of that,” read the statement.

The judges said that the group was also suspected of tax evasion for some 6,800 vehicles, “which, on the basis of the incorrect assumption that they meet emission class ‘Euro 6,’ would have wrongly received a vehicle tax exemption of up to €150 (US$177.8) each in Germany between 2011 and 2013.”

The German carmaker so far paid more than $30 billion in fines. Earlier this year Volkswagen finalized a $4.3 billion settlement with the U.S. Justice Department, also after being caught using secret software to cheat emissions tests over the last six years.