Three Baltic countries on Monday imposed travel bans on 30 top Belarusian officials, including President Alexander Lukashenko, in response to a brutal crackdown against protesters who claim the authoritarian ruler rigged the August 9 election. 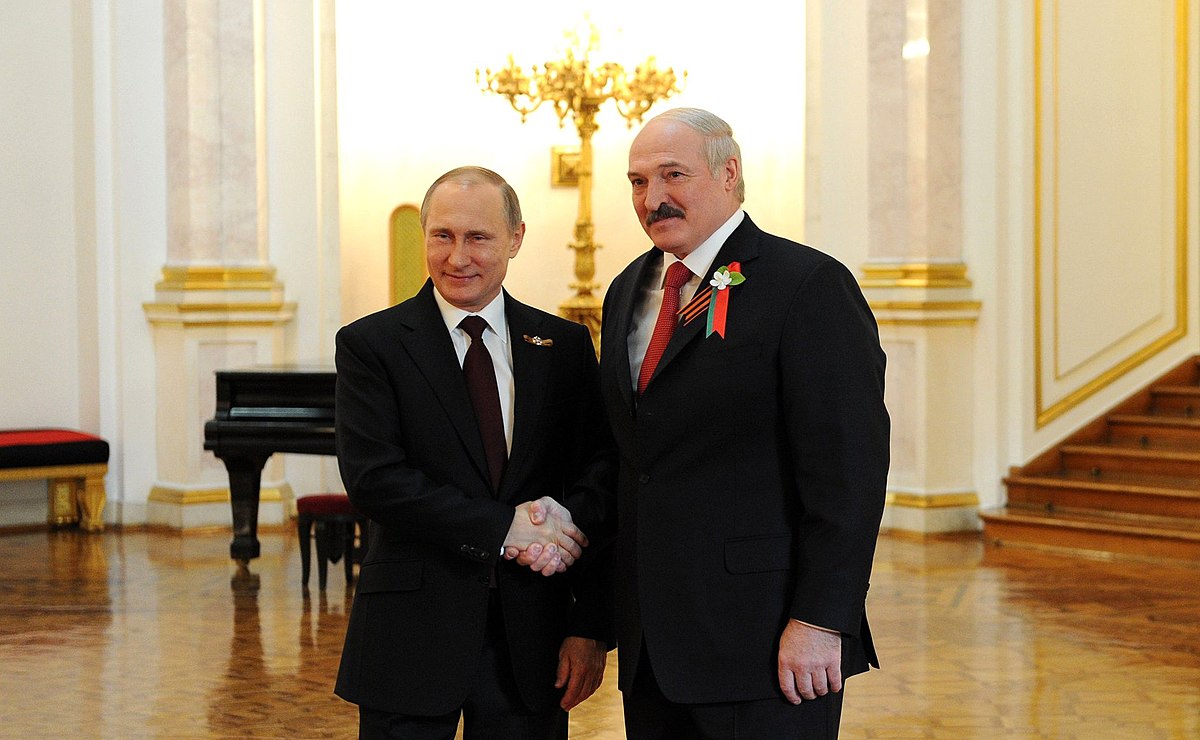 Putin has said he will make reserve forces available for deployment in Belarus should the situation get out of control (Photo: Пресс-служба Президента России, CC SA-BY 3.0)A statement from Latvia’s Ministry of Foreign Affairs said that the Belarussian officials were placed on the country’s “list of personae non gratae” for an indefinite period of time in coordination with the Foreign Ministries of Estonia and Lithuania.

Foreign Minister Edgars Rinkēvičs said that his country “strongly condemns the falsification of the 9 August presidential elections, the beating of peaceful protestors, and persecution of journalists and activists in Belarus.”

The travel ban is a “clear signal that such actions are not acceptable and that those responsible for such acts are not welcome in Latvia. We call upon the European Union to promptly proceed with similar decisions,” he said.

Besides Lukashenko, the list of sanctioned officials includes the President’s eldest son Viktor, who is a member of the National Security Council, as well as officials from the Belarusian presidential office, the Central Election Commission, the Interior and Justice Ministries and the Prosecutor-General Office.

The move of the three EU members came after foreign ministers of the European Union agreed during an informal meeting in Berlin on Friday that sanctions should be imposed on a number of high Belarusians officials suspected of orchestrating election fraud and violence against protesters.

The European Union has not recognized the results of the elections.

“Our priority is to help to start a political dialogue between the regime and the civil society… At the same time, we decided on sanctions against individuals,” the Czech Minister of Foreign Affairs Tomas Petricek said.

“The list includes around 20 people who are involved in the most visible misachievement of the elections and violations of human rights,” he disclosed, without naming any of the officials.

Petricek said President Lukaschenko himself was not on the list yet, but that he could be added at some point if there are no “positive developments” in Belarus.

Riot police in Belarus last week escalated their response against peaceful demonstrators in Minsk, kettling and arresting about 200 people and 20 journalists on Thursday.

Russian President Vladimir Putin said he had formed a police reserve force he could send to Belarus if “the situation gets out of control,” according to the BBC.

Lukashenko has ruled over Belarus since 1994 and according to the results of the August election, 80 percent of the voters chose to give him a sixth consecutive mandate, rather than opting for his challenger Svetlana Tikhanovskaya.

Thousands found it hard to believe that this was the true outcome of the vote and hit the streets to protest against what they claim was a rigged election. They were met with extreme police violence that, according to reports, included the torture of the arrested.