Montenegrin authorities said they busted a cigarette smuggling ring after having detained two suspected members of the group and having filed a criminal complaint against another person believed to have been puling the strings. 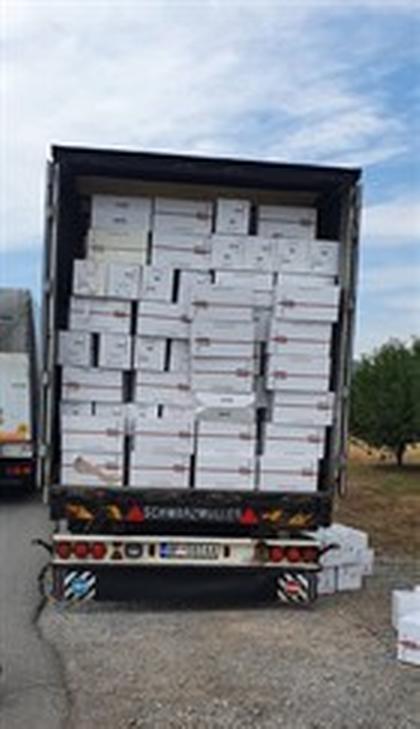 The seized cigarettes were estimated to be worth more than one million euro (US$1.18 million) and were intended for the Montenegrin black market, while a part was planned to end up in Western Europe, read the statement.

During the Saturday operation codenamed “Arka” (ark) and ordered by the Montenegrin Special Prosecutor’s Office, officers of the Special Police against Graft and Organized Crime detained the two suspected members of the group that managed in an organized way to take out cigarettes without excise stamps from the storages of the Free Zone at the Port of Bar under the customs’ radar, according to the statement.

A day later, on Sunday, police pressed charges against another person believed to be one of the criminal group’s organizers.

Cigarette smuggling is not a new in the tiny Balkan state, but has been developed for more than 20 years. The crime, allegedly involving the highest country’s figures, such as President Milo Đukanović, prompted even an international action, with an Italian court filing an indictment against Đukanović, who avoided trial.

For his “long history of befriending organized crime figures, involving himself in corrupt practices and bribing voters,” as well as for his role “in extensive cigarette smuggling with the Italian Sacra Corona Unita and Camorra crime families,” OCCRP declared Đukanović “Man of the year in organized crime and corruption” in 2015.