A Cypriot investigative journalist and former presidential advisor said he is fearing for his life after finding significant evidence of surveillance and hacking into his writing, personal messages and home security system. 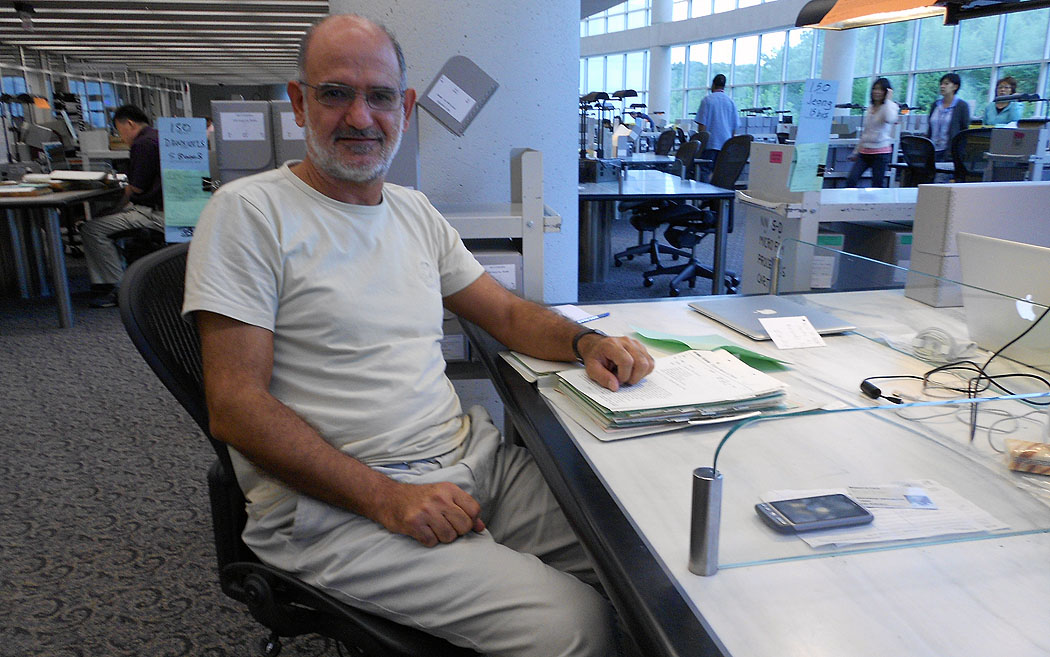 Droutiotis’s believes the nature of the cyber attack suggests it was carried out in Cyprus (Source: Makarios Drousiotis)“I inform my friends that I am the victim of an unprecedented violation of my privacy,” Makarios Drousiotis tweeted Tuesday. "For three years, my phone calls, messages and travel have been monitored,” adding that every time he is speaking on the phone, someone is listening.

Drousiotis who is the author of books presenting the island’s turbulent post-colonial history, served as advisor of President Nicos Anastasiades from 2013 to 2014. He quit this job after the Russian embassy to Nicosia published a scathing statement that criticised a book he had recently published in which he exposed the Soviet Union’s role in the Cyprus conflict.

Cyprus, which gained its independence from Britain in 1960, is divided between its Greek and Turkish communities after Turkey invaded the island in 1974 in response to a Greek-inspired coup.

Drousiotis later worked as an advisor to Cyprus’ former EU Commissioner Christos Stylianides, which is when he claims the hacking started.

He said he sent two letters to President Anastasiades asking him to stop the illegal surveillance as he is personally responsible for the freedom and personal safety of citizens. He also said he would file a new complaint to Cypriot authorities and share it with the EU Commission.

Drousiotis said he has found evidence of monitoring and live surveillance on his phone and computer and claims that hackers have deleted his writing and messages in an effort to stall his work.

"In fact, the perpetrators have absolute control over my computer, while limiting my role to that of a mere user, imposing serious restrictions on me,” Drousiotis said in a letter addressed to Cyprus’ Special Prosecutor, Elias Stefanou, which he shared with the OCCRP.

The reporter said he fears that the hackers have the power to fabricate false information and misleading facts about himself and his work.

What worries him the most though was an event that happened on June 7th.

“At exactly 2 a.m. on Sunday, June 7, all security cameras at my resort house were shut down simultaneously,“ Drousiotis said in the letter. He believes the attack on his security system was a message he was meant to see, and is akin to a death threat if he does not cease his investigations. He did not specify what he was researching.

According Droutiotis’s tweets, the nature of the cyber attack suggests it was carried out in Cyprus.

“A government source told me that there are 29 Israeli-owned companies in Cyprus producing spyware,” Drousiotis told the OCCRP.

Access Now, a New York-based NGO criticised Cyprus and Bulgaria a month ago for granting export licences to NSO Group, an Israeli spyware firm that offers its services to authoritarian regimes deemed responsible for the violation of human rights of journalists, activists and politicians worldwide.

Saudi journalist Jamal Khashoggi who was murdered in the Saudi consulate in Istanbul in 2018 is considered one of the most prominent cases targeted with NSO Group’s spyware, according to Access Now.

In January, Drousiotis had assisted Stefanou in an investigation into a case involving the arrest last year of three employees of spy-tech firm WS WiSpear Systems Ltd following the interception of a spy-van it operated on the island.

According to Forbes, WS WiSpear is a company owned by Tal Dillian, described as a former Israel Defence Forces (IDF) intelligence officer. In an interview to Forbes in August, Dillian described the van as able to completely infiltrate any device within a kilometer radius and download or wipe it of all its messages and data.