Morocco hacked the phones of government critics using spyware that an Israeli company developed to fight crime and terrorism, Amnesty International said in a report on Monday. 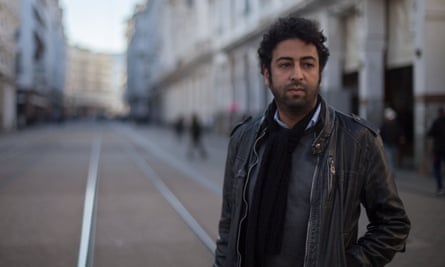 The Moroccan government reportedly targeted investigative journalist Omar Radi with surveillance attacks that used software developed by Israeli company NSO Group [Photo: Amnesty International]The rights group said Moroccan authorities used technology from Israel’s NSO Group to implant surveillance software, which can be installed via the customer’s mobile carrier or from “rogue” telecommunications towers that can be quickly moved within range of a phone.

Authorities in the North African nation have been cracking down on dissent through “arbitrary arrests and prosecutions” of rappers, YouTubers and others, Amnesty said in its report, which focused spyware attacks against journalist Omar Radi.

“We are in a police state where one of the tools for controlling the public space is to have people under surveillance,” Radi said in an interview with Forbidden Stories, an OCCRP partner.

Morocco's government did not respond to requests for comment.

The surveillance attacks against Radi occurred after NSO Group was acquired by UK-based private equity firm Novalpina Capital, which pledged to implement a robust human rights and compliance framework in its management of the company.

Danna Ingleton, Deputy Director of Amnesty Tech, said in a statement that international action should be taken against NSO Group to prevent it selling surveillance technology to authoritarian states.

“Even after being presented with chilling evidence of its spyware being used to track activists in Morocco, it appears that NSO chose to keep the Moroccan government on as a customer. If NSO won’t stop its technology from being used in abuses, then it should be banned from selling it to governments who are likely to use it for human rights abuses,” she said.

Through a public relations firm called Mercury Public Affairs, NSO cited “state confidentiality concerns” and said it could not “confirm or deny” if Morocco had purchased its technology.

NSO noted that it develops and licenses “technologies to assist in combatting terrorism, serious crimes, and threats to national security to states and state agencies.”

“NSO seeks to be as transparent as feasible in response to allegations that its products have been misused,” the company said in its statement, adding that it would review the allegations and “initiate an investigation if warranted.”

Amnesty said NSO has yet to disclose whether it took any action in response to allegations made in that report. The rights group said it found evidence of similar attacks against Radi from January 2019 to January 2020.

Moroccan authorities charged Radi in December 2019 after he posted a tweet criticising the prosecution of participants in a peaceful protest movement in the northern region of Hirak el-Rif in 2017. He was granted provisional release shortly after his arrest, but in March received a four-month suspended sentence and a fine of 500 dirham (US$52 dollars).

While earlier types of spy software could only be installed in a phone if the user clicked on a link sent by text or a messaging service like WhatsApp, Amnesty said NSO technology now allows “injection attacks” through rogue towers or a mobile carrier.

Government surveillance of Radi, along with that of Monjib and El Bouchattaoui, reflects a slowly intensifying crackdown on peaceful dissent, according to Amnesty. King Mohammad VI has reportedly ordered the unlawful arrest and prosecution of a number of individuals accused of “offending” the monarchy or its institutions.

Amnesty called on Moroccan authorities to “drop charges and free those sentenced for exercising their right to free expression, and to reform the criminal code to decriminalise these forms of protected expression.”